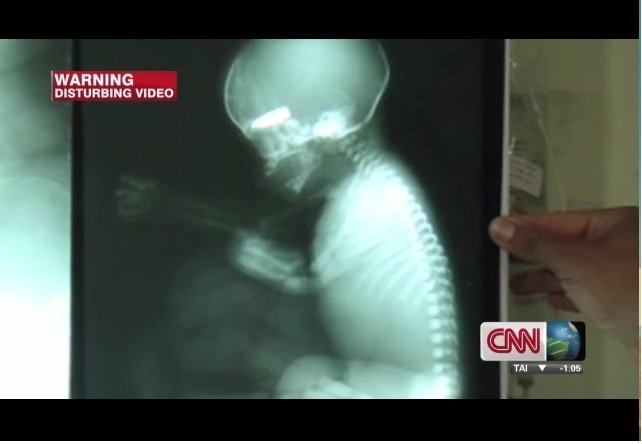 Maybe the Saudis do not permit their women to drive or travel without a permission from a male next of kin, however compare this aspect of Arab society to Assad and Iran using pregnant women as target practice, or stoning women to death just for being a … woman.

Compare how Saudi Arabia treats women to Assad gassing women and children in their sleep to maximize death. Assad and Khamenei are natural born women killers in Islam.

No doubt, Saudi Arabia must be called for the treatment it accords half its population, but by golly when women and children are dropping like flies in Syria and Iran, we am not about to be distracted by Saudi deeds. It is exactly what the pro-Assad and the pro-Iran propagandists want the world to do. Draw the attention to Saudi Arabia in the hope we may just get distracted enough by the natural born women killers evil instincts they harbor.

People like the Assads (to include Baschar, Maher, and Rifaat), Hassan Nasrallah, Ali Khamenei, Osama bin Laden, and Omar Bachir are all Islamist natural born women killers. To kill, for these mass murderers, comes as natural as having a breakfast or brushing one’s teeth. Unless the world recognizes their contribution to the instability of the human race and the acts they commit outside the scope and reach of the United Nations, security in the Middle East will always be a fleeting goal, and Islamic terror will always be an industry.

By not capturing and properly prosecuting Bachir of Sudan for his mass murders in Darfur, we permitted Putin to use Assad of Syria to inflict the same medicine upon his people. How the world responds to the evil of those who are natural born women killers who have the capacity, as ruthless rulers, to inflict pain in a wholesale manner, has a direct impact on the lives of humanity in general. What happened in Syria will not stay in Syria. Terror will come knocking across mountains and seas when we least expect it.

Why? As the US used Sunni extremists to punish the Soviet Union in Afghanistan, today’s Russia is using the Shia extremists to punish America in the Middle East and beyond. Assad’s survival and Khamenei’s trap for Obama play in the hands of Russia to punish the US and our President thinks he can, using sweet words, convince Russia to back off. This is the curse of Valerie Jarrett calling Barack Obama a g*d. A god who tolerates natural born women killers in Islam.

In Europe, the international community came together to stop Hitler and Milosevic. While cleaning one’s backyard is a priority, another high priority is to clean neighborhoods where festering violence is a way of life and has the potential to spill over. Islam is a religion with adherents living in every country in the world. We can eradicate Nazism and Ba’athism, but it is far more difficult to eradicate a strain of an ideology within a religion. The only alternative is to target the men behind the violence, as we did with Osama in the hope to weaken that strain slowly.

However, in the case of Iran and Syria, we are not even attempting to weaken the strain. Just the opposite, our President is injecting Wilayat al-Faqih with steroids.

Some may separate those natural born women killers murdering their own people from those targeting the West. It was a question of time before the West killed Osama, but the priority of holding Bachir, Assad, Khamenei, or Nasrallah accountable even though they have targeted both their own people and westerners seems to skip logic because they all hide behind the sovereignty of their own States.

The fact that Khamenei hides behind a similar religious strain to Osama’s seems irrelevant.

We are watching that strain commit atrocities in Syria and Iran today; that strain, calling the US the Big Satan, is coming after Americans in due time but not before it arms itself well; something Mr. Obama may be facilitating today by negotiating with Khamenei instead of exterminating this virus. They all learned from Osama not to engage the real enemy until they are ready. Ready means atomic bombs.

The inability to hold natural born women killers in Islam accountable is by far the biggest failure of the United Nations since the world has established legal frameworks and guidelines to institute order through this organization. The U.N. must find a way to address this phenomena outside the narrow scope of the veto wielding powers.

Leaders of the free world tend to avoid conflicts in the hope that if civility is ignored by their targets, self-interests are too powerful to ignore by the likes of Khamenei. These leaders do not realize that the self-interests of the natural born women killers lie in their own destruction to spread Islam.

Killing Syrians en masse is a trailer of the upcoming box office mega hit Assad, Khamenei, Nasrallah, and Putin are producing ever so slowly to weaken America.

Are you still interested in talking about Saudi women inability to drive? Or, do you still think Assad is an asset just because he is an Alawite?

From Supplication to Mild Intonation
US Policy in the ME: When Confronting a Virus, Build More Hospitals
Islamism is the Last Bus Stop
Assad Genocide 429 Opinions 1017 Syrian Revolution 1335