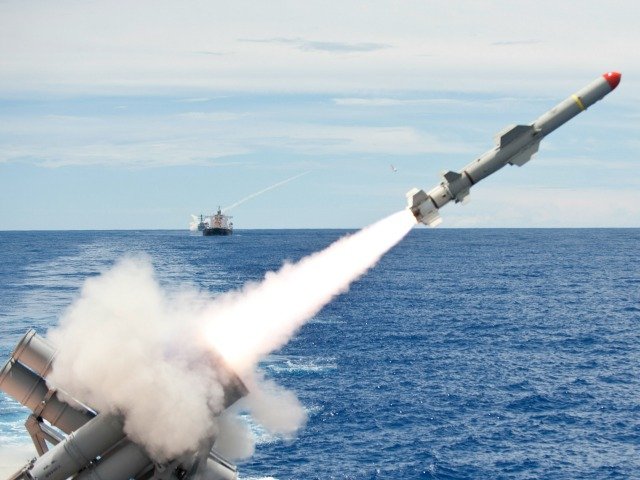 Military strikes on Syria ‘as early as Thursday,’ US officials say

The United States could hit Syria with three days of missile strikes, perhaps beginning Thursday, in an attack meant more to send a message to the Syrian regime than to cripple its military, senior U.S. officials told NBC News.

The disclosure added to a growing drumbeat around the world for military action against Syria, believed to have used chemical weapons in recent days against scores of civilians and rebels who have been fighting the government for two years.

In three days of strikes, the Pentagon could assess the effectiveness of the first wave and target what was missed in further rounds, the senior officials said.

Underscoring the urgency facing world leaders, the British prime minister called Parliament back from vacation and said it would take a vote Thursday on action, and U.S. Defense Secretary Chuck Hagel said the American military was “ready to go.”

A day earlier, using forceful language, Secretary of State John Kerry said that Syrian chemical attacks were a “moral obscenity” and said the regime of Bashar Assad had not just used chemical agents but covered up the evidence.

On Tuesday, the United Nations said that its team investigating chemical-weapons attacks in Syria would delay its next outing by a day, to Wednesday. The team came under fire from unidentified snipers Monday on its way to check out the site of a suspected chemical attack near the Syrian capital of Damascus.

In Cairo, the Arab League said it held Assad responsible for a chemical attack near the Syrian capital. Qatar, Saudi Arabia and other countries condemned the use of unconventional weapons.

Support from the Arab League, even if limited, would provide crucial diplomatic cover for a Western strike on Syria. Action through the United Nations is unlikely because Russia, which supports the Assad regime, has a veto in the Security Council.

American missile strikes would almost certainly be launched from Navy destroyers or submarines in the Mediterranean Sea. The United States has moved destroyers closer to Syria, which sits on the sea’s eastern edge, in recent days, but that was mostly a symbolic move. U.S. Tomahawk missiles are so precise they can hit not just buildings but specific windows, could hit Syrian targets from far further west in the Mediterranean.

Kerry appeared to signal imminent military intervention when he appeared before reporters Monday at the State Department. He spoke of being personally disturbed by images of bodies contorting in spasm, and entire Syrian families killed without a drop of blood.

A French diplomatic source told Reuters that Syria’s use of chemical weapons had been going on for several months and was now taking place on a massive scale.

“France will not shirk its responsibilities,” the source said.

Some U.S. allies, notably Britain, have signaled that a limited strike on Syria could take place without U.N. Security Council approval. But Russia and China both made clear Tuesday that they would be deeply displeased with such a move.

The Russian foreign minister, Sergei Lavrov, said it would be a “very grave violation of international law,” and China said through its government-run news service that the U.S. must refrain from “hasty armed intervention.”

The news service issued a commentary Tuesday reminding readers that the United States invaded Iraq in 2003 on the grounds that it possessed banned weapons that were never found.

Meanwhile, demonstrating the vast global reach of the Syrian crisis, a Japanese newspaper reported Tuesday that North Korea had tried to send gas masks to Syria before they were seized in Turkey.

And Iran warned against an attack on Syria, saying that it would “engulf the entire region.” Iran, dominated by Shiite Muslims, has supported the Assad regime. The rebels are mainly Sunnis.

In Syria, the top general in the Free Syria Army, the umbrella group comprising rebel factions, told NBC’s Richard Engel that airstrikes were necessary to stop Assad from launching even broader chemical attacks.

“If there is no action, we are afraid that in the coming days, not coming weeks, Bashar will use chemical weapons and chemical materials against very wide areas and, I’m afraid, to kill maybe 20,000 or 30,000 more people,” he said.

Military strikes on Syria ‘as early as Thursday,’ US officials say