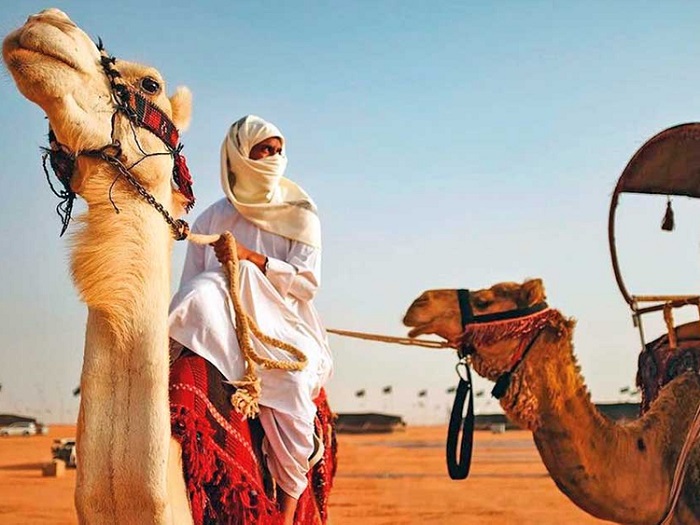 February 9, 2020 1:18 am 0
Normalization Gets Israel Peace But What Do Arabs Get?
How Washington Turned Iran into a Powerhouse
The War Gruesome Facts on Syrian Children

Energy-rich Gulf Arab states could burn through all their savings in the next 15 years as worries about climate change and supply from new competitors dampen oil prices, the International Monetary Fund warned on Thursday, advising the nations to rein in their spending. Kiss the Gulf imbecilic royalty goodbye.

The Gulf imbecilic royalty found a treasure, pilfered it, wasted it, and soon back to ride their camels off they went. All without ever working a day in their lives.

The stark alarm from the IMF comes as the island nation of Bahrain faced defaulting on a loan in 2018 and received a $10 billion bailout from its neighbors. Its public debt is 93% of its gross domestic product.

The IMF warned that even oil behemoth Saudi Arabia and Kuwait face the same potential economic problems. The Gulf countries formed the Gulf Cooperation Council in 1981 to solidify their oil gains. The GCC is comprised of six desert nations to include also Oman, Qatar and the United Arab Emirates.

The IMF said in its report:

With continued improvements in energy-saving technologies, adoption of renewable sources of energy, and a stronger policy response to climate change, the world’s demand for oil is expected to grow more slowly and eventually begin to decline in the next two decades. If these expectations materialize, they would reshape the economic landscape of many oil-exporting countries, including those in the GCC.

In that case, goodbye to Russia too. Under Vladimir Putin, Russia is attempting to divert from a single-revenue oil economy to a large weapon manufacturer. Vladimir Putin is still testing his weapons on Syrian civilians he hopes one day might save his country.

Oil production in the GCC represents 20% of global supplies. While the cost of extracting remains incredibly low, especially onshore in Saudi Arabia, new shale production in the United States is challenging their hold on global oil prices.

The GCC nations largely grew their reserves from 1997 to 2007. Post Arab Spring, they began spending rapidly to head off dissent against corruption. The vast schism between the haves and the haves-not in the Gulf scared the Arab Sheikhs to death.

Prices remain far below the highs once reached of $120 a barrel. The ongoing coronavirus outbreak in China has seen tens of thousands of flights cancelled, dragging down benchmark Brent crude prices to just above $50 a barrel.

Assuming prices around $55 a barrel, the IMF warns the Gulf “could exhaust its financial wealth in the next 15 years.”

The IMF added in its report:

The region’s aggregate net financial wealth, estimated at $2 trillion at present, would turn negative by 2034 as the region becomes a net borrower.

Eventually, even with higher prices, the Gulf will spend its reserves, the IMF said. The monetary body recommended faster diversification away from an oil-based economy. It also advocated for a renewed push to save money, and “reforming the region’s large civil service.”

IMF code for “saving money” is: Stop cronyism and corruption.

Loading...
Newer Post
Indirectly, Pope Calls on the Orthodox Church to be More Humanitarian
Older Post
Idlib is a Keg of Powder Sitting atop an Assad Fire