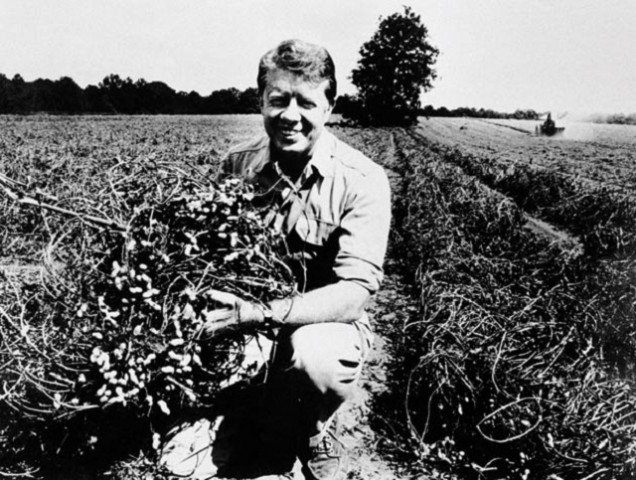 All of the problems we are facing today in the Middle East really started with Jimmy Carter ushering Khomeini. Barack Obama is exasperating the situation by protecting the terror of Khamenei, which is at full display in the Syrian civil war and the Hamas war.

There is a point in any political debate when one gets tired of hearing the same old argument regurgitate itself endlessly. One of those arguments I heard was when Nancy Pelosi blamed the rise of ISIS on George Bush by claiming the Iraq war facilitated its rise. Obama, of course, had nothing to do with the surge of ISIS because he was golfing the last six years.

George Bush ordered a surge in Iraq that crushed terror. Obama created a surge in terror by ordering to ignore Syria. This is how misguided Nancy Pelosi is.

Syria’s civil war, the terror of Hezbollah, the rise of al-Qaeda after we defeated it in Afghanistan, the barbarism of the Assad regime, and the arming of Hamas are all the result of a much bigger problem the far left is its source.

In 1979, President Jimmy Carter had the chance to defend the Shah of Iran the way Obama is defending the Khamenei regime today. Instead, he chose to usher the Khomeini era by arguing that Khomeini was a reasonable man and the US can ‘deal’ with him. Like Obama, Jimmy Carter helped create the perfect conditions for terror to grow and prosper.

Jimmy Carter was a peanut farmer with a far left ideology. It really started with Jimmy Carter ushering Khomeini.

Since 1979, all the terror the region has experienced between the Assad and the Khomeini/Khamenei regimes is the result of Jimmy Carter ushering the terror of the Mullahs of Iran. The Iraq war is a subset of creating an environment to defend ourselves against Iran that is still a work in progress Obama is destroying totally.

So the next time you hear anyone blame George Bush, or blame the good people of his administration for all the ills caused by Obama, do remind them whom Jimmy Carter was. Along the way, clarify to your audience that we voted into office a door-to-door community organizer to run the world.

America seems to swing the pendulum too far to the left when faced with political adversity. After the Watergate Scandal came Jimmy Carter ushering Khomeini, and after the Iraq War came Obama protecting Khamenei; in both cases with disastrous results for the US.

On this matter, and because the American public seems to be uneducated about the consequences of a jerk reaction, I am willing to blame the Republican Party.

If the insurance company “Geico” can pull a “15 Minutes” commercial to turn us into parrots, I do not see why the Republican Party cannot pull its own “15 Minutes” to educate the American public about voting too far to the left. Is Jimmy Carter ushering Khomeini was not reason enough to start this process? It could have blocked Obama from negotiating with terrorists while they terrorize, which is no different from a judge rendering a sentence upon thieves while robbing a bank.

Surely, there are enough Billionaires to commit to such a worthy endeavor. Jimmy Carter ushering Khomeini started all the terror