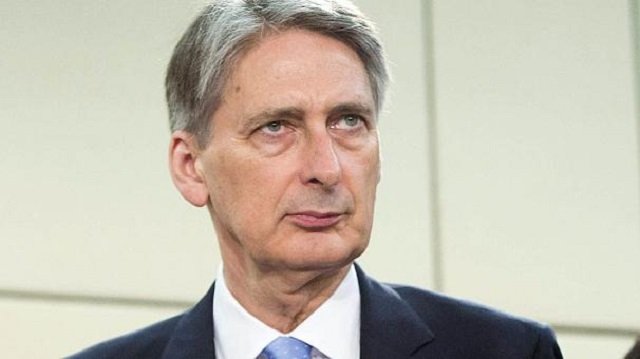 It Matters Little If Britain Says Assad Can Stay

September 9, 2015 11:09 pm 0
What Assad Is Forcing Orthodox Christians To Do
Saudi spy chief says Riyadh to ‘shift away from U.S.’ over Syria, Iran
The Slow Genocide Against Christians in the Middle East

Britain could accept Syria’s Assad staying in place for a transition period if it helped resolve the country’s conflict, Foreign Secretary Philip Hammond said on Wednesday, in what appeared to be a softening of tone on the Syrian leader.

Honestly, it matters little if Britain says Assad can stay. Syrians fighting the regime will continue to fight until he is deposed, and Arab countries will continue to support the Syrian rebels because they know that after Syria, they are in line for an Iranian invasion.

Syria is about who is going to win the sectarian war Assad started. The Shiites or the Sunnis?

Therefore, it matters little if Britain or any other country says Assad can stay. The regional Arab Sunni countries fearful of Iran and the Syrian people fighting on the ground is what matters.

This irresponsible British position that matters little will be used to recruit more anti-Assad rebels.

Britain, along with other Western countries, has repeatedly called for Assad to go, saying it is a precondition for bringing an end to the brutal four-year-long civil war that has killed an estimated 250,000 people and shattered the country.

Reuters reported on Wednesday that Russian forces have begun participating in combat operations in Syria to help defend Assad’s government, citing three Lebanese sources familiar with the political and military situation there.

Hammond told parliament’s Foreign Affairs Committee that a political rather than military solution was needed and said Britain had made clear to Russia and Iran, Assad’s principal international allies, that it would be prepared to discuss a plan which saw him stay on temporarily.

“If there is a sensible plan for transition that involves Assad remaining in some way involved in the process for a period of time we will look at that, we will discuss it. We are not saying he must go on day one,” he said, adding that the transition could be a period of months.

And who will remove him from power after ‘a period of time’ if he decided to ignore everyone? Europeans think the Syrians fighting are stupid. This war will only end with one party winning.

Asked about the comments, Prime Minister David Cameron’s spokeswoman told reporters Britain had not changed its view that Assad should not be a part of Syria’s long-term future.

“We have been clear that there is going to need to be some sort of transition,” she said. To Syrians, it matters little the support Assad might get from Britain to continue killing innocent women and children while they condone his actions.

“(If) international partners want to work with us and look at what that transition would be, and help really start discussing and working on that transition then of course those are conversations we should have.”

“That is not an acceptable position. The international community cannot in my view facilitate and oversee a set of elections in which somebody guilty of crimes of the scale that Assad has committed is able to run for office,” he said.

Britain will not be able to help reach a political solution by “talking nicely” to the different players in Syria, Hammond added, calling on Russia and Iran use their influence on Assad.

“Essentially this is going to have to be a decision made by the sponsors of the key players in Syria, and in particular Iran and Russia deciding to call the shots with the Assad regime – make it clear that there has to be change,” he said.

It really matters little what Britain thinks about Assad.

It Matters Little If Cameron Says Assad Can Stay