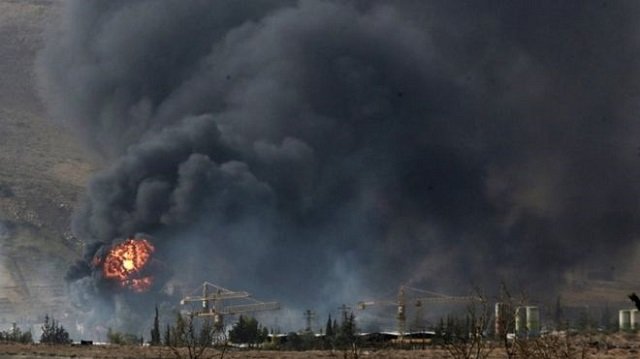 At least 53 people were killed in air raids by Syrian government forces in rebel-held areas of the northern city of Aleppo on Wednesday and Thursday.

A spokesman for local rescue services in rebel-held areas of Aleppo put the death toll at more than 60, all of them civilians, as government forces and insurgents exchanged intense fire in the divided city.

Fifteen children were among the dead.

At least two of the raids, which consisted of air strikes by warplanes and barrel bomb attacks from helicopters, hit marketplaces in the city, the rescue services spokesman, Khalid Khatib, told Reuters via an Internet messaging service.

“The situation is disastrous in Aleppo. Most areas are totally destroyed,” he said, describing five-storey buildings reduced to rubble by air strikes, and people fleeing the areas.

Syrian officials could not be immediately reached for comment.

A senior U.N. official last week said 1 million more people could be displaced within Syria by the end of the year, expressing particular concern over exoduses from Aleppo and southern city Deraa as fighting intensifies in those areas.

Syria’s four-year civil war has killed an estimated 300,000 people and driven more than 11 million from their homes, with 7.6 million displaced within Syria.