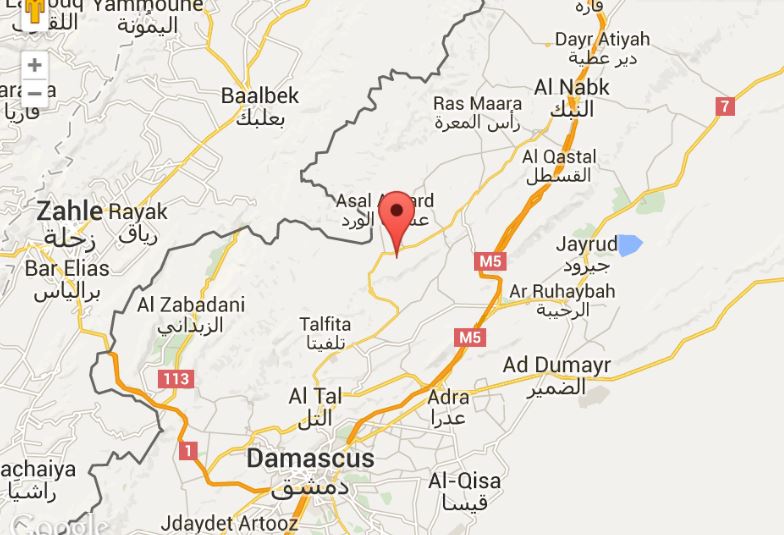 April 25, 2015 8:54 am 0
JCRC Meets with Leader of Syrian Political Party
Falafel Visits Assadistan
What is next for Senator Rand Paul? Israel?

Israel reportedly hit several targets belonging to Hezbollah and the Syrian army in a series of air attacks Saturday morning in the Kalamun area on the border between Syria and Lebanon.

According to a report in the Saudi-owned al-Arabiya, a first Israeli Air Force strike took place Wednesday, allegedly targeting two sites believed to have been Syrian army missile depots.

On Saturday, according to a report in al-Jazeera, the Syrian targets were divisions 155 and 65 of the Assad army, in charge of “strategic weapons.” Al-Arabiya reported that the targets were Scud missile depots housed in the military bases.

Several explosions were heard in the areas of Kteife, Yabrud and a village in Kalamun, according to al-Jazeera on Saturday.

The area is known as a Syrian military site housing weapons depots and installations.

There was no official word from Hezbollah or the Syrian government on the alleged attacks.

Israel is said to have targeted the same area in the past when it believed a shipment of advanced weaponry was being delivered from Iran to its Shiite proxy in Lebanon.

In January, an airstrike largely attributed to Israel on a convoy in the Syrian Golan Heights killed a top Hezbollah commander, along with an Iranian general and 10 others. Hezbollah retaliated with a cross-border attack that killed IDF soldiers Major Yochai Kalangel and Staff Sergeant Dor Chaim Nini.

An Israeli report said the strike had targeted a team setting up a missile base to launch strikes against Israel.

After that incident, both Iran and its Hezbollah effectively outlined a new policy in which any Israeli operation in Syria would be met with a powerful response.

Israel’s air force chief Amir Eshel warned earlier this week that Hezbollah was “dragging” Lebanon toward “a very harsh war” and has deployed its military machine in the civilian “towns and villages of Lebanon.”

Homes where missiles have been deployed by Hezbollah, Eshel warned, “are essentially military bases… and we’ll hit them.

“Lebanese civilians who live in or close to those homes (where Hezbollah has emplaced missiles) have to know one thing,” he said. If conflict erupts, “they should get out as soon as they can.”

If Hezbollah, with which Israel fought a bitter war in 2006, sparks another conflict, Eshel said, “Lebanon will go through an experience whose dimensions it cannot imagine. I wouldn’t trade places with a single Lebanese.”

Global Peace Index: The Profection of Distorted Research
Too Little, Too Late, Too Insulting
Speech of the Year
Radicalism 567 Support U.S. Allies 152