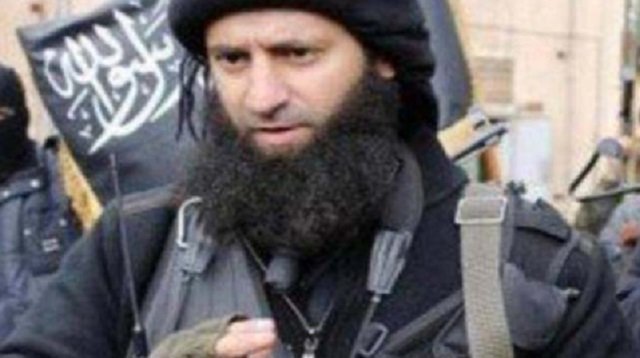 October 12, 2015 9:24 pm 0
It is not about the Alawites of Syria, It is all about Assad
Play-Doh President Residing at The White House
Reasoning with Barbarism

The head of Syria’s Nusra Front, an offshoot of al Qaeda, urged insurgents on Monday to escalate attacks on the strongholds of the psychopath Baschar al Assad’s minority Alawite sect in retaliation for what he said was the indiscriminate killing of Sunni Muslims by invading Russians.

The audio message from Nusra Front leader Abu Mohamad al-Golani, posted on YouTube, said Russia’s military intervention since last week was aimed at saving Assad’s rule from collapse but was doomed to fail, as had previous Iranian and Hezbollah military support.

Islamist heat rising against Syria’s Alawites, and they are not Israelis to defend themselves on their own. They need Russia to survive.

“There is no choice but to escalate the battle and to target Alawite towns and villages in Latakia and I call on all factions to … hit their villages daily with hundreds of missiles as they do to Sunni cities and villages,” Golani said. The Islamist heat rising against Syria’s Alawites.

Nusra Front, a radical Sunni fundamentalist group, is one of the most powerful forces fighting Syrian government forces in an increasingly complex conflict that Russia’s intervention has only worsened.

Russia has dramatically intensified its bombing campaign in recent days and has said its heavy bombing campaign had struck many Nusra and Islamic State targets in Syria from ammunition depots to training camps to military bases.

But the rebels say Russia’s “scorched earth” bombing policy was killing dozens of civilians. Golani said the Russian strikes were hitting only rebel groups such as Jaish al Fateh (Army of Conquest) and other rebel brigades whose fighters were actively engaging the Syrian army, leaving areas run by its rival the ultra-hardline Islamic State jihadists mainly untouched.

“(The Russians) clearly know Islamic State does not threaten the regime as the areas it controls do not adjoin the regime’s heartland. So it is not a surprise that it had begun its bombing of those brigades that directly confront the regime’s forces,” he said.

Golani, describing the Russian intervention as a new Christian crusade from the East, said it came only after a “string of victories made by the mujahedeen” threatened Assad’s rule.

“The war in Cham (Syria) will make the Russians forget the horrors of what they faced in Afghanistan. The new Russian invasion is the last dart in the weaponry of the enemies of Muslims and the enemies of Syria,” he said.

“Does the Russian government think that the regime’s army and Baschar al Assad can be saved with a few more planes and artillery?” he mockingly asked, adding: “The Russian strikes to this day have not added more than those of the regime in their indiscriminate targeting .. And they will be defeated at the doorsteps of Damascus.”