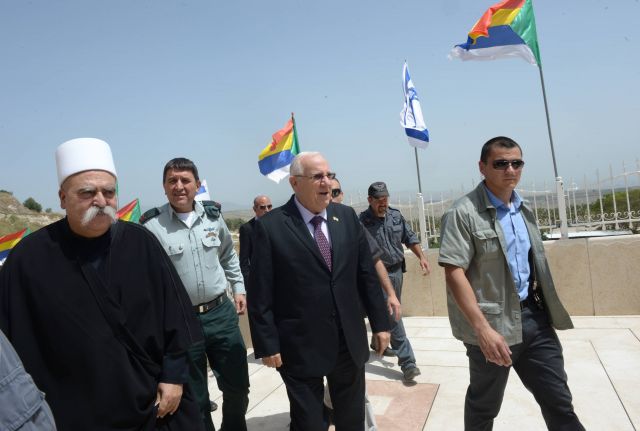 No other country in the Middle East champions the minorities like Israel does.

Whether they are Christians Israel welcomed with open arms in Jerusalem, Bahai’is with their own temples in Israel, or Druze with many having made Israel their home, minorities in the Middle East will always find Israel welcoming them.

When 20 civilian Druze were gunned down by a Jabhat al-Nusra terrorist cell in Qalb al-Lawzeh in the Idlib Province, Israel rose immediately to the defense of the Syrian Druze community. Thousands of Israeli citizens took to the streets asking to protect the Druze of Syria from any further massacres.

Israel could care less about the Alawites for what we believe are two reasons.

It took 20 innocent Druze killed mercilessly and Israel is already moving heaven and earth to protect Syria’s Druze. In fact, Israel may create a buffer zone in the south of Syria to protect them.

There are more Sunnis dying every day in Syria, and tens of thousands becoming refugees every week, yet, no country has created a buffer zone to protect the Sunnis of Syria.

Don’t the Sunnis of Syria wish they had Israel on their side instead of following Assad and Iran blindly?

Israel views the Druze of Syria as essential peace partners, and as such, it is acting to create a more peaceful environment in the region.

What Happens in Syria, Does Not Stay in Syria
Syrian Youth: The Fight Within
Play-Doh President Residing at The White House
Radicalism 567