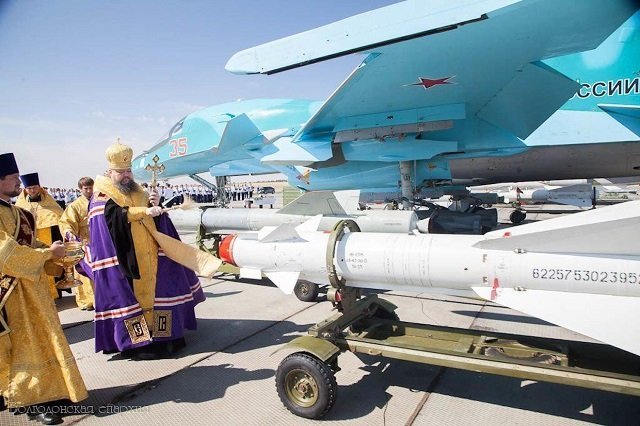 The Future of the Alawites and the Orthodox Christians in Syria

February 22, 2016 6:47 am 0
Wheels Spinning Going Nowhere
Why Assad Is So Violent? Because Sunnis Employed Alawite Maids
The Life Civilian Alawites Need To Embrace

What is the future of the Alawites and the Orthodox Christians in Syria look like? This question was prompted by a Tweet from @CerenOmri which pretty much summed-up the lies and deceptions of Barack Obama with regard to the Sunni Arab world.

Pres Obama committed to restoring US relations with the Sunni would. Then the admin stood by while Shiites massacred half a million Sunnis.

Obama aside, the perpetrators of these horrific crimes are the Alawites, the Shiites of Syria, Lebanon, Iraq, and Iran, and the Syriac Orthodox Christians with their priests photographed blessing Russian missiles and bombs many of which were dropped on Sunni schools and hospitals. Many of these priests are still immersed in the history of Constantinople and their hate for the Ottomans, which they are expressing today by butchering Sunni Muslims in Syria. Of course, the majority of these minority communities are innocent, but in wars the innocent almost always become the low-hanging fruit.

There are 350 million Sunnis in the Arab world. This begs the following question:

What are Putin’s and Khamenei’s plans to neutralize that many Sunnis if their military is incapable of killing tens of millions of Sunni Arabs over the next 50 years? Surely, Putin must have a sensible 50-year long-term plan to save the Alawites of Syria, don’t you think?

Has anyone of consequence in this war asked that question as Sunnis bury half a million of their people butchered by the Alawites, the Shiites, and the Syriac Orthodox Christians? The Alawites hardly number 2 million in Syria. The Orthodox Christians most likely half that number by now since many have already left the country to Europe. Because of the psychopath Assad and his entourage of savages, the two communities must think of their future. It cannot possibly be, “Let Russia save us”. Especially after the two horrific terror attacks yesterday at the hands of Sunni extremists, which took the lives of over 130 Alawites and Shiites in Damascus and Homs.

ISIS is Sunni extreme anger, but regular Sunni anger comes in a form to suck the oxygen out of one’s environment slowly. Look at Israel, if it was not for its western roots and immense support by the United States as well as its own resourcefulness, Sunnis would have choked her to death slowly. The Alawites have neither the European roots, the strong US lobby built over 70 years, or the human resources to survive the Sunni slow choke of death. Furthermore, Israel is not going to spend its own political capital to save the minorities if they are unable to save themselves today by removing Assad from power and kicking Iran and Hezbollah out of Syria.

There are two facts about ISIS, or any other Sunni extremist organization, one needs to understand. Even if defeated, another organization will fill the void as long as Iran has a presence in the Levant and Hezbollah is still kicking. And secondly, ISIS represents the violent and extreme anger of a Sunni community using terror to exact revenge upon the Alawites who butchered half a million Sunnis. The non-violent other 350 million Arab Sunnis have not mobilized yet because the Sunni powerhouses in the region have chosen not to mobilize them. If those powerful Sunni countries change policy, what will the Alawites do? Not a 1,000 Russian bombers will be able to protect them. The Sunni curtain will descend slowly upon the Alawites to choke them to death.

Every gain the Alawites of Syria are making today is a short-lived relief that unfortunately is not forcing the Alawites to ask the tough questions. What will their future look like surrounded by angry and patient Sunni Muslims eager to punish them for their terror against innocent Sunni women and children? If you are an Alawite or an Orthodox Christian, do you see Assad as your savior still? Or do you see a person with similar personality traits to that of Rafik Hariri in Syria who can bring everyone together as a better option for your future?

It was always your choice, not ours.

If the Alawites continue on this path of destruction, there won’t be any Alawites or Orthodox Christians left in Syria in 20 years or so. Either they die, or they become refugees themselves. As a result of yesterday’s terror attacks in Homs and Damascus, which will never stop, we are betting many Alawites today are making plans to leave the country for good because they know Russia will be unable, economically and socially, to protect them forever. Eventually, only the people of the region will remain to fend for themselves.

What is the future of the Alawites and the Orthodox Christians in Syria look like? Just awful if Assad remains in power. If you cannot see it, then you deserve your fate.

The Future of the Alawites and the Orthodox Christians in Syria