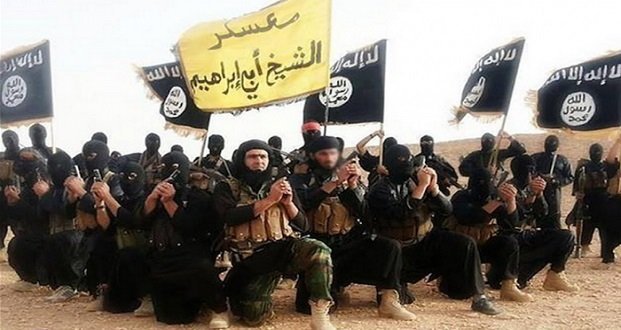 February 24, 2015 3:45 pm 0
Who is not fighting whom in the Middle East?
Brennan Seeks Non-Existent Hizballah Moderates
Iran uses Syrian truce to deploy hundreds of Palestinian terrorists on Golan border

Two story elements to ISIS usually see the light of day in the western media. The ISIS atrocities committed against Muslims and non-Muslims, and the ISIS western recruits. Everything else ISIS is buried amid the rubble of Syria’s civil war.

The biggest danger to the West is the effectiveness of ISIS recruiting American and European Muslims to join their ranks in Syria and Iraq. Fear that these recruits may come back home one day to threaten the very countries that gave them refuge is real. Every aggressive position the West takes is justified; whether to stop their citizens from reaching Syria by confiscating their passports or whether to prosecute them after returning.

Even though the coverage is adequate, there are ISIS alarm bells we never hear about because the media fails to cover it.

One of the most important ISIS alarm bells is ISIS success in recruiting Arab and Muslims from the region. There is a small effort to try and understand this phenomenon by organizations like the British International Centre for  the Study of Radicalisation and Political Violence (ICSR), whose most recent study entitled “Measuring Importance and Influence in Syrian Foreign Fighter Networks” attempts to understand the bridges between ISIS and its targeted recruiting audience.

ICSR also attempts to publish numbers of Arabs and Muslims leaving their homeland to fight for ISIS. Those numbers, however, are anything but accurate. Consider the faulty tracking system in place to harvest such data.

ICSR relies heavily on Arab Governments relaying such data accurately based on their intelligence services monitoring the travel patterns of their citizens. However, if ISIS is successful in recruiting Muslims from some Arab country, that country would not relay accurate information for fear of causing panic internally as well as experience its own panic should the numbers ever become public, which is what ICSR usually intends to do. The data becomes tainted and far less dangerous to the naked eye than it really is when the Arab Government decides to provide false data.

How alarming would we be if ISIS were successful in recruiting 25 young men for every 1,000 Moroccan citizens? In this case, those numbers would be whispered between the Moroccan intelligence services and their western counterparts, but they will never see the light of day. Multiply this effect twenty times for every Arab country or even 70 times for every country with a sizable Muslim population around the planet to understand how alarming this may be.

Why these numbers could be significant is due as much to ISIS success in recruiting as it is due to the success of the Assad regime in turning the civil war sectarian. Sunnis joining ISIS are doing so as much to combat the Assad regime as it is to combat the spread of extreme Shia killing Sunni Muslims women and children in Syria. The grand historical theater of Sunni vs. Shia should make us worry that ISIS recruiting is far more potent than we have ever realized.

What we do not know about ISIS is the scariest thing about ISIS. These are the ISIS alarm bells we should be hearing about but we never do.