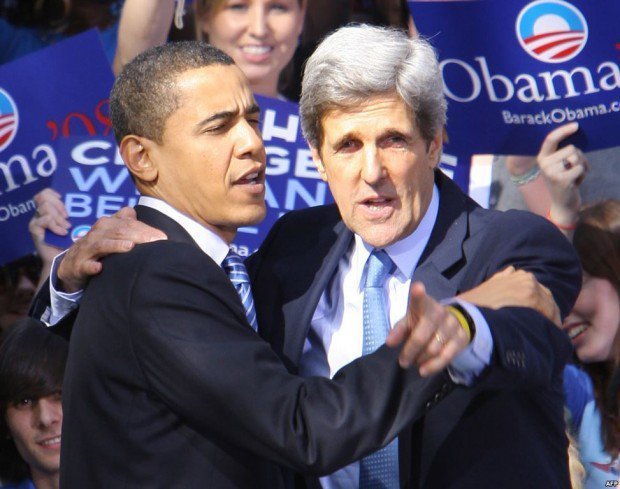 From The Hague to Another Bogus Election

Can someone explain to the Syrian people how did we go from demanding to prosecute the psychopath Baschar al-Assad for crimes against humanity that led to the death of 300,000 Syrians to talking about another bogus election that would secure his rule? This fact, by a mile, is Barack Obama’s biggest failure as a president and John Kerry’s showing how unfit he is as Secretary of State.

What happened to the U.N. claiming to champion the cause of third world disfranchised people, or the humanitarianism of the European Union, or even the Arab countries working tirelessly to save Syria from the clutches of the terrorists in Tehran and the terrorists in Raqqa? How did they all slip into this trap of listening to Assad, a mass murderer and a psychopath, speak of another bogus election in Syria without uttering one single objection?

Why should we listen to the terrorist Khamenei speak of elections in Syria without responding that Assad should face the guillotine instead? This is the kind of pressure that might lead the minorities of Syria to view their options differently, and for Assad to temper his bravado. What happened to the smart American diplomacy under the Barack Obama era? What happened to “seek more to get more than less” instead of “seek less to get none”?

The position of demanding the prosecution of Assad certainly shows more resolve than to suggest he should stay in power for another 6 or 18 months for transition purposes. Can Kerry not see that by seeking his temporary stay, Assad would demand perpetuity? But by seeking his prosecution, Assad may seek a transition instead to save his skin?

How did we get from Assad heading to The Hague to Assad positing for another bogus election? It is all thanks to John Kerry who is secretly helping Assad remain in power.

As expected, Assad responded by saying “What transition?” The monster in Damascus killing his own people with illegal barrel bombs wants to stay in power to impose his tyranny on those who remain in Syria. As long as Assad is in power enjoying the protection of Obama and Putin, ISIS will only grow stronger, bolder, and more lethal. Both are connected like Siamese twins. Remove one, you remove the other.

Assad going from being prosecuted by The Hague to calling for another bogus election is the true legacies of both con man Barack Obama and the unfit John Kerry. Instead of smart diplomacy, both are playing to force America to lose while sounding they both won for America the role it deserves.

The worst negotiators in America’s history have one thing in common: They both despise America’s supreme power and exceptionalism. Their diplomacy clearly shows by how much.

From The Hague to Another Bogus Election