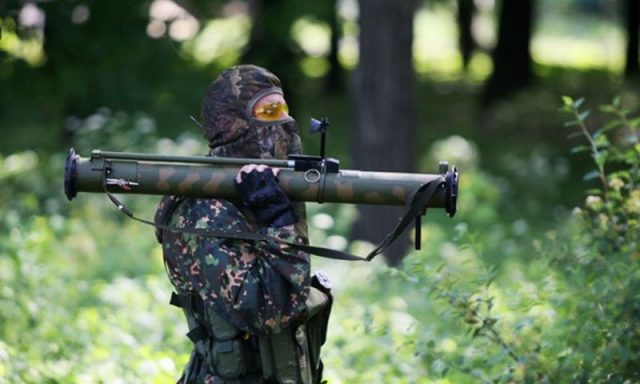 May 27, 2013 9:26 pm 0
Flopping Cadaver Will Wait Out President Trump
Will Assad Use Sarin Gas After the IRGC Swap?
Trump Syria Seesaw Settles on Staying in Syria

European Union foreign ministers on Monday allowed the arms embargo on Syria to lapse, opening the way for member nations to provide lethal aid to rebels fighting Baschar al-Assad if they chose. With this lapse, European nations end rebel weapons embargo should they decide to ship any.

“While we have no immediate plans to send arms to Syria, it gives us the flexibility to respond in the future if the situation continues to deteriorate and worsen,” William Hague, the British foreign secretary, said after more than 12 hours of stormy talks. European nations end rebel weapons embargo.

The ministers agreed to renew all the economic sanctions already in place against the Syrian government.

But the efforts led by the British to ease the arms embargo exposed deep rifts over whether to allow member countries to send lethal aid to the Syrian opposition, while Secretary of State John Kerry met with his Russian counterpart to continue to try to organize peace talks in Geneva next month.

Austria, the Czech Republic and Sweden came to the meeting strongly opposing weapons shipments. They distrust large parts of the Syrian opposition and said they feared the weapons would end up in the hands of jihadist groups.

They also said funneling arms to the opposition now would undermine the chances of a deal with Mr. Assad before the planned peace conference in Geneva. Ministers said it was now up to each member state to decide for itself whether to export weapons to the opposition, because they decided to separate the arms-export issue from the other sanctions.

In a sign of the tensions, the Austrian foreign minister, Michael Spindelegger, held an impromptu news conference late Monday warning that the end of the embargo risked creating a situation where “everybody is entitled to deliver weapons to the Assad regime or to the opposition.”

France supported Britain’s position, but had called for a wider consensus.

The failure among European Union nations on Monday to agree on a unified position on weapons shipments means an end to the current sanctions regime. But ministers emphasized that economic sanctions like asset freezes and travel bans on Syrian officials could continue.

Those sanctions had been set to expire during the weekend, and such a lapse would have been a serious embarrassment for the bloc.

“I’m glad at the end of the day we were able to have a sanctions regime for all the other sanctions that were in place,” Frans Timmermans, the Dutch foreign minister, said after the meeting.

Mr. Timmermans said none of the union’s member nations, including his own, intended to ship arms to the Syrian opposition. But he acknowledged that lifting the arms embargo could lead Russia to step up its arms shipments to the Assad government. European nations end rebel weapons embargo.

“The only effect you could have — let’s be realistic about this — is that it will stimulate the Russians to provide even more arms,” Mr. Timmermans said. “But they’ve been providing so many arms that I’m sure even more will not make much of a difference,” he said, referring to the Russians.

In a declaration, the European Union said member states like Britain that may wish to export weapons to Syria “shall assess the export license applications on a case-by-case basis” in line with the organization’s rules on exports of military technology and equipment.

And with new concerns being raised about whether Syrian military forces were using chemical weapons, and intense fighting continuing in the city of Qusayr, the United Nations top human rights official blamed all parties in the conflict for “flagrant disregard of international law and human life.”

“Appalling violations of the most basic human rights are occurring in Syria,” said the official, Navi Pillay, the high commissioner for human rights, speaking in Geneva at the opening session of the Human Rights Council.

Invoking the responsibility of governments to protect the civilians of other countries from war crimes, Ms. Pillay said, “I fear that we in the international community are failing to meet our fundamental obligations to the victims.”

This is the reason why European nations end rebel weapons embargo.

On Monday, Laurent Fabius, the French foreign minister, said that there were “growing suspicions” of “localized” chemical weapons use in Syria, but that the evidence needed “very detailed verification.”

He spoke after Le Monde, the French newspaper, reported that the Syrian government had used canisters of some form of toxic gas against rebel forces in the Damascus suburb of Jobar.

Le Monde said that it had placed two journalists with the rebels for two months, and that a photographer working for the paper “suffered blurred vision and respiratory difficulties for four days” after inhaling a gas on April 13.

In his Le Monde article about the gas canisters, Jean-Philippe Rémy reported that they opened with a “click,” and emitted an agent that was colorless and invisible. He wrote that the use of the gas was not uncommon in small areas that were the sites of intense fights, and quoted a Syrian doctor as saying that in some cases, if those exposed do not receive immediate emergency treatment, death ensues.”

Mr. Assad has dismissed accusations that his forces have used chemical weapons.

Mr. Kerry and Sergey V. Lavrov, the Russian foreign minister, met in Paris on Monday evening to try to lay the groundwork for talks that would bring together representatives of Mr. Assad’s government and the Syrian opposition. The Assad government has indicated that it is prepared to attend, but the Syrian opposition is still picking new leaders.

Mr. Kerry said additional meetings between American and Russian officials would be held to work out “how this conference can best be prepared for the possibilities of success, not failure.”

“Both of us, Russia and the United States, are deeply committed, remain committed to trying to implement the Geneva 1 principles, which require a transitional government by mutual consent that has full executive authority in order to allow the people of Syria to decide the future of Syria,” Mr. Kerry said.