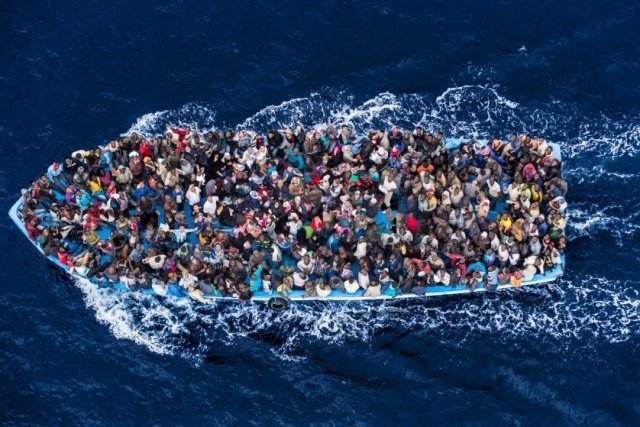 EU Syrian Migrants Are Worth Their Weight in Gold

March 3, 2016 8:50 am 0
Assad May be Brought to Justice Now
How Jihadists Slip Through Europe’s Dragnet and Into Syria
Syrian Olympics Athletes are Favors to Killer Generals

Turkey on Wednesday said it had proposed signing agreements with 14 countries on the return of migrants from EU member states. Such agreement would have long-term economic benefits to Turkey, which means repatriating EU Syrian migrants are worth their weight in gold.

“[Ankara had] offered to conclude readmission deals with 14 countries. the signing of such a deal can be considered according to the decision made by those countries after the negotiations.”

Furthermore, such an agreement would dilute Putin’s strategy in Europe of using Syrian migrants as a weapon to help EU far-right political parties ascend to power.

Turkey, the main launch pad for many migrants who make the sea crossing to Greece in search of a better life in Europe, is under pressure to accept them back under a 2002 bilateral deal with Athens.

Greece, grappling with a massive migrant influx, has urged Turkey in recent months to implement the readmission agreement.

A Turkish government official told AFP on Wednesday that over the past 14 years, Turkey had approved 20,000 cases under the 2002 agreement.

“But the Greek government only sent 4,000 people,” said the official who declined to be named.

Foreign ministry spokesman Bilgic said it was “out of the question to immediately stop” the flow of migrants. “There’s no magic wand in our hands,” he said.

But he noted there was a “significant decline” in the number of migrants crossing to the Greek islands via Turkey in recent months.

He said in the period from the start of January to February 15, some 24,000 migrants were prevented from leaving Turkey and 93 smugglers were detained.

Turkish Foreign Minister Mevlut Cavusoglu is set to visit Athens on Friday, three days ahead of an EU-Turkey summit on the crisis in Brussels.

EU president Donald Tusk said Tuesday he would press Ankara for “a more intensive engagement” in the migrant crisis when he meets Turkey’s prime minister on Thursday and the president on Friday.

Tusk is due to visit Athens before heading to Ankara.

EU Syrian Migrants Are Worth Their Weight in Gold