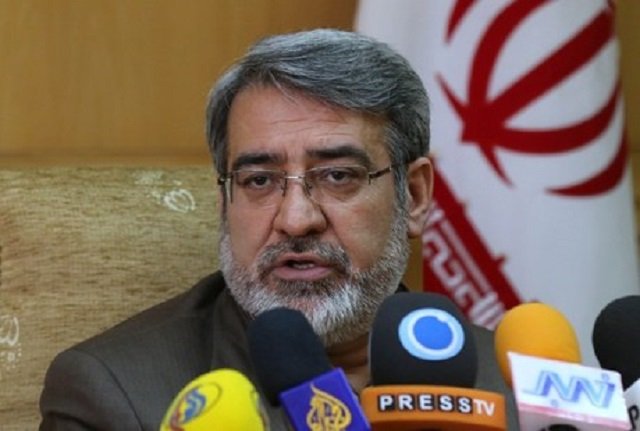 Iran is equipping and training Syrian government forces but not providing “direct aid,” its interior minister said Monday on a trip to Damascus. Domestic pressure in Iran mounts as economy tanks due to low oil prices.

That “means transferring experience and offering expert help and, if necessary, we will provide training too,” he said, speaking in Farsi at a press conference in Damascus.

“Iran’s attitude is not of direct aid, but in the form of equipping, training and transferring experience to the Syrian youth and people under the supervision of the Syrian government.”

Why would the Iranian Interior Minister fabricate these lies if not to appease the public the Iranian regime is nervous about due to mishandling of its own economy? By making these false claims, the regime is trying to absolve itself from the responsibility of spending billions to spread havoc and terror across the region when their own people are starving for a better life.

Fazli also noted that Iran’s assistance had been requested by the Syrian government, which has also sought support from ally Russia.

Moscow began an air campaign in support of the government in late September but, unlike the U.S.-led coalition that is also bombing the country, it coordinates its strikes with Damascus.

Tehran has extended financial support to Damascus in the form of credit lines and acknowledges it has military advisers in Syria to assist government forces. What it refuses to acknowledge are the number of IRGC high officers who died fighting. Advisers don’t die, soldiers do.

Last year, a U.S. official said as many as 2,000 fighters from Iran and its regional allies were supporting Syria’s army in offensives against rebels.

Iran denies having fighters on the ground in Syria.

However, Lebanon’s Hizbullah, which is backed by Iran, acknowledges sending its fighters to Syria to bolster government forces.

More than 260,000 people have been killed in Syria since the war began with anti-government demonstrations peacefully in March 2011 and Assad met them with a hail of bullets.