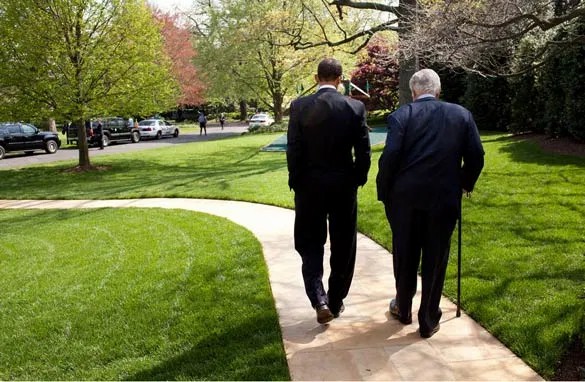 A President Who Cannot Admit His Mistakes is a Dangerous President

Richard Cohen wrote an Op-Ed in the Washington Post whose title “Obama and Romney’s empty talk on Syria” is quite misleading. The Op-ed, with the exception of one crucial point, is quite good in fact. In essence, we believe that a President who cannot admit his mistakes is a dangerous President.

One can find that point in particular in one paragraph in which Cohen cites what Romney would do, on his watch, when it comes to Syria.

So did Romney mean providing the Syrian rebels with anti-tank or anti-aircraft weapons? No, I was told. Not that either. A Romney administration would basically facilitate the flow of heavy weapons, but from others — not a big help but more than the Obama administration is doing.

Richard, that’s all the Syrian opposition has been asking for. We want President Obama to step out of the way so that others may arm the liberal opposition to defeat Assad; instead of turning Syria into an enclave of radical Islamists just so he can negotiate with Iran. And if Romney is willing to take this courageous step, then we can save Syria because the people will dislodge Assad and maybe along the way help bring down the Iranian regime and Hezbollah, something that we do not think the President is even considering.

Many accuse the Republicans of supporting an expensive military. But Democrats, under Obama, are supporting enemies that we cannot defeat without a superb military. Republicans may support a hefty budget for the military, but the Democrats give them the reason for that support when they open their arms to terrorists and Islamists and refuse to consider the consequences of their action.

Obama knows Syria is lost to sectarian violence that will destroy the country; but do you think he will admit his mistake? That’s why Romney is better for the country. He may not do much but he will do just what it takes to avoid Obama’s deadly mistakes.

A President Who Cannot Admit His Mistakes is a Dangerous President