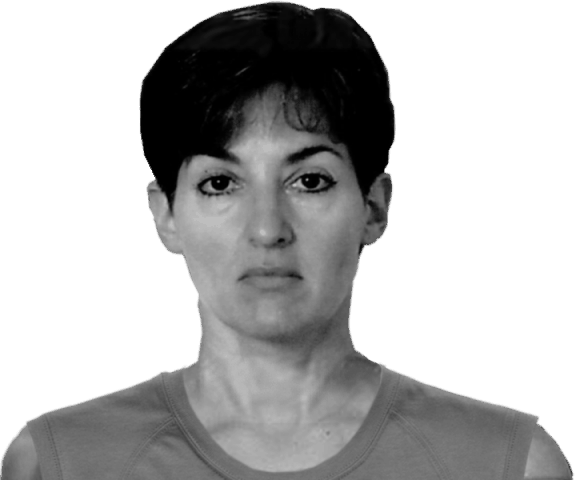 Cuban intelligence services “have perfected the work of placing agents, that includes aggressively targeting U.S. universities under the assumption that a percentage of students will eventually move on to positions within the U.S. government that can provide access to information of use to the [Cuban intelligence service],” the five-page unclassified FBI report says. It notes that the Cubans “devote a significant amount of resources to targeting and exploiting U.S. academia.”

One recruitment method used by the Cubans is to appeal to American leftists’ ideology. “For instance, someone who is allied with communist or leftist ideology may assist the [Cuban intelligence service] because of his/her personal beliefs,” the FBI report, dated Sept. 2, said.

Others are offered lucrative business deals in Cuba in a future post-U.S. embargo environment, and are treated to extravagant, all-expense paid visits to the island.

Coercive tactics used by the Cubans include exploiting personal weaknesses and sexual entrapment, usually during visits to Cuba.

The Cubans “will actively exploit visitors to the island” and U.S. academics are targeted by a special department of the spy agency.

“This department is supported by all of the counterintelligence resources the government of Cuba can marshal on the island,” the report said. “Intelligence officers will come into contact with the academic travelers. They will stay in the same accommodations and participate in the activities arranged for the travelers. This clearly provides an opportunity to identify targets.”

“The objective of these activities can range from portraying a specific image, usually positive, to attempting to sway policymakers into particular courses of action,” the report said.

Additionally, Cuban intelligence seeks to plant disinformation or propaganda through its influence agents, and can task recruits to actively disseminate the data. Once recruited, many of the agents are directed to entering fields that will provide greater information access in the future, mainly within the U.S. government and intelligence community.

The Cubans do not limit recruitments to “clandestine agents,” the report said. Other people who do not have access to secrets are co-opted as spies because of their political position or political views that can be exploited for supporting Cuban goals, either as open supporters or unwitting dupes.

“Some of these individuals may not be told openly that they are working for the [Cuban intelligence service], even though it may not be too hard for them to figure out,” the report said. “The relationship may openly appear to be a benign, mutually beneficial friendship.”

“College campuses are seen as fertile grounds for the recruitment of the ‘next generation’ of spies,” Simmons said. “Cuba heavily targets the schools that train the best candidates for U.S. government jobs, like Georgetown University, Johns Hopkins University, and George Washington University.”

One goal of the Cubans is to recruit students prior to federal employment, a method that allows Havana to direct a recruited agent into targeted key spy targets, like Congress or the FBI, Simmons said.

“A preferred target are ‘study abroad’ programs in Cuba, as participating students are assessed as inherently sympathetic to the Cuban revolution,” Simmons said.

Cuban intelligence has recruited numerous spies in the past that became long-term penetration agents inside the U.S. government. According to the CI Centre, a think tank, there have been 25 Cuban spies uncovered in the United States since the 1960s, including former CIA officer Philip Agee to who defected and worked closely with both Cuban intelligence and the Soviet KGB starting in 1973.

One of the most notorious Cuban spy cases involved Ana Montes, a senior analyst who worked in the highest levels of the U.S. intelligence and policymaking communities.

Montes, a former Defense Intelligence Agency analyst, pleaded guilty in 2002 to spying for Cuba for 17 years. She is serving a 25-year prison term.

Montes was recruited by Cuban intelligence in 1984 while a student at the Johns Hopkins’ School of Advanced International Studies (SAIS), where she was a graduate student and had voiced her hatred of the then-Reagan administration policy of backing anti-communist rebels fighting the Sandinista regime in Nicaragua.

She was recruited at SAIS by another Cuban spy, Marta Rita Velazquez, who worked for U.S. Agency for International Development and fled the country after Montes was arrested in 2001.

Two other notable Cuban spies were Walter Kendall Myers, a State Department Foreign Service contractor who worked for Cuban intelligence from 1979 to 2007, and his wife Gwen Myers. They were recruited after visiting Cuba. Walter Myers was a leftist who criticized “American imperialism” in a diary entry after visiting Cuba. He held a top-secret security clearance and in 2010 was sentenced to life in prison after a conviction for spying.

“Unfortunately, part of what makes academic environments ideal for enhancing and sharing knowledge also can assist the efforts of foreign intelligence services to accomplish their objectives,” the report concludes. “This situation is unlikely to change, but awareness of the methods used to target academia can greatly assist in neutralizing the efforts of these foreign intelligence services.”

The FBI report was based largely on testimony from José Cohen, a former officer of the Cuban Intelligence Directorate, known by its Spanish acronym as DGI, who defected in 1994.

The targeting of American spies takes place at schools, colleges, universities, and research institutes. “Cuban intelligence services are known to actively target the U.S. academic world for the purposes of recruiting agents, in order to both obtain useful information and conduct influence activities,” the FBI said.

The academic world, because of its openness and need for networking, “offers a rich array of targets attractive to foreign intelligence services,” the report said, noting that U.S. government institutions draw on academia for personnel, both for entry level staffing and for consultation from established experts.

Cuban intelligence seeks leftists and others sympathetic to Cuba’s communist regime because it lacks funds needed to pay recruited agents, the report said.

The process includes targeting American and Cuban-American academics, recruiting them if possible and eventually converting them into Cuban intelligence agents.

Specific universities in Washington and New York that were not specified by the FBI are targets because they are close to Cuban intelligence posts in those cities.

An example of the recruitment effort was provided to the FBI by a “self-admitted Cuban intelligence” officer outlining how a spy is recruited at a U.S. university.

“The Cuban intelligence officers located at the Cuban Mission to the United Nations in New York, New York, or the Cuban Interests Section in Washington, D.C., obtain a published work by a specific professor or student … from a university the [Cubans] are monitoring,” the report said.

A Cuban control agent in Havana studies the work and works together with a co-opted Cuban academic and together the pair analyzes published material and forms a plan of action that may include a personal letter to the targeted individual in the United States.

“The letter will suggest a ‘genuine’ interest in starting a friendship or contact regarding the topic of the article,” the report said. “The personal letter becomes a pretext for the Cuban intelligence officer stationed in the United States to use for initial contact with the targeted individual.”

A Cuba spy posing as a diplomat develops a relationship with the academic that can last months or years of assessing motivations, weaknesses, and current future and access to information.

In some cases, the Cubans use compromising video or audio and sexual entrapment to develop U.S. spies.

“Ultimately, when the time is right, the plan will be executed and the targeted individual will be approached and formally asked to help the government of Cuba,” the report said.