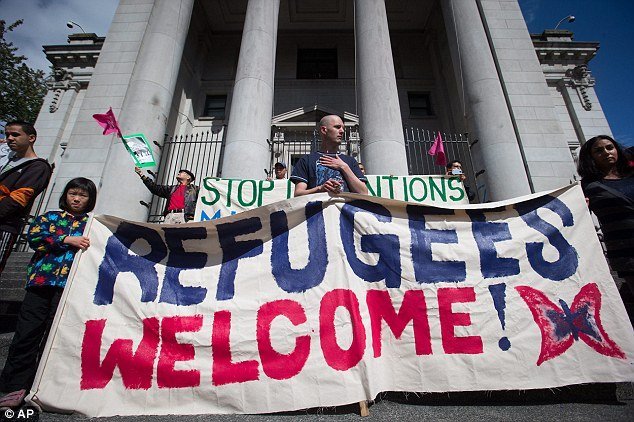 December 15, 2015 7:07 pm 0
Next 12 Years Might Be Reigned by Republicans, Again
Why Obama Outsmarts GOP But Not International Thugs
GOP giving Obama a free pass

Republican-backed legislation that would slow the entry of Syrian refugees into the United States will not be included in a must-pass spending bill and is likely to die in Congress, lawmakers and aides said on Tuesday, as they rushed to finalize the funding measure. Apparently, cooler heads are prevailing on the Syrian refugees GOP position.

Steny Hoyer, the No. 2 Democrat in the House of Representatives, said members of his party would back measures to tighten a U.S. visa waiver program if they were included in the bill, but would balk at the refugee provision.

“The Syrian refugee bill I don’t expect to be in there. If it were in there, that would be a different issue.”

The $1.15 trillion spending bill must pass within days to keep the U.S. government funded and avoid a shutdown.

The House passed the refugee bill days after the Nov. 13 Islamic State attacks in Paris despite President Barack Obama’s veto threat and concerns that it went against American values to block refugees feeling a protracted civil war.

The legislation never came up in the Senate amid strong opposition from Obama’s fellow Democrats. Some Republican senators also said they thought it would be preferable to focus on the visa waiver program, which allows millions of people to come to the United States each year from 38 countries without being screened.

“The refugee issue is not of the greatest concern to me. I can’t imagine that when ISIL (Islamic State) or any terrorist group looks and says … ‘in a year and a half we can get somebody in the U.S.,’ that that’s going to be their preferred route.”

Obama announced in September that the United States would admit 10,000 Syrians over the next year, far fewer than the numbers being taken in by Canada, Germany and other close U.S. allies.