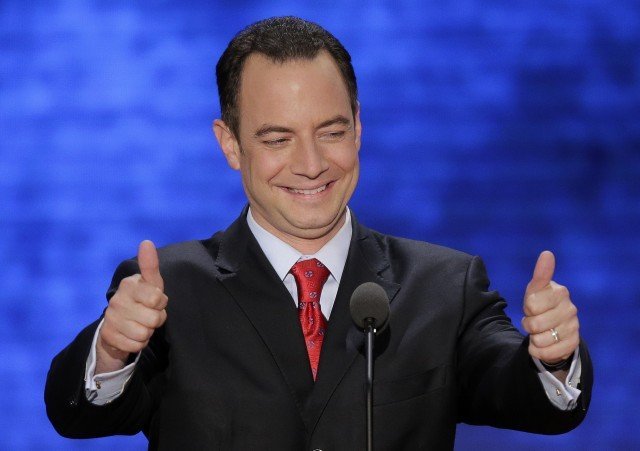 May 15, 2015 8:18 am 0
Next 12 Years Might Be Reigned by Republicans, Again
Cooler Heads Prevailing on the Syrian Refugees GOP Position
Had the GOP Attacked Obama The Way It’s Attacking Trump

Top brass of The Republican National Committee (RNC) ought to take the summer off and enroll themselves in some courses about the propagation and proper use of propaganda in an effort to interpret the real language of the left in America. That left is eating their lunch, Blame RNC for sleeping at the helm.

A young college student of 19 confronted Jeb Bush during a town hall meeting with an accusation of, “Your brother created ISIS“, which resonated around the world and was picked-up by the left media to jam down the throat of any Republican candidate in the future.

Make no mistakes about it, we are going to see these four words transform into “Republicans created ISIS” faster than you think. Propaganda is based on propagation of lies and half-truths, which the Democrats have become masterly at. We all remember Senator Harry Reid use the floor of the Senate to accuse Mitt Romney of not paying taxes even though Reid knew it to be false.

Republicans are ill-prepared for this new war of words. They still rely on the truth in scandals, misbehavior, corruption, and illicit activities to shed light on a candidate or a program. RNC is good at whipping the truth, but so bad at telling lies. After what this 19-year old student did, we say, “Gear-up for propaganda or die.”

The truth of the matter is that ISIS succumbed the day the surge succeeded in Iraq. ISIS or ISIL did not exist in Syria. Assad released extremists elements from his jail to start it the way his regime started it in Iraq, with Iranian help and funding, to terrorize our U.S. troops.  Assad allowed them to occupy oil fields and then purchased oil from them. He permitted them to acquire weapons from sitting duck military bases. Just so he can say “Look, is that who you want to rule Syria/”

Had Barack Obama helped the moderate FSA who were defecting from the Assad army to defeat Assad instead of eyeing a deal with Iran, ISIS would have never had the chance to seed and metastasize in Syria with help from Assad. We knew what Assad was capable of doing, yet this President just gave him all the space and the time to re-engineer ISIS for Syria just so he can get his Iranian deal. Where are the RNC TV ads? Blame RNC for letting Obama off the hook.

Had Obama struck Assad when he drew his red line after Assad gassed his people, he would have weakened ISIS recruiting considerably. Had Obama struck Assad and ISIS simultaneously instead of just ISIS, we would have never had to be concerned about ISIS grow here at home to threaten innocent Americans. They are here to avenge Obama striking Sunni terror while ignoring totally Shia terror killing innocent Sunnis. They are here because Obama has a 37-year old Ben Rhodes, as ignorant as they come, run our foreign policy.

RNC still asleep at the helm. Blame RNC for possibly letting all Republicans become targets of left propaganda and lies.

It was Obama who helped, with his policies, forge ISIS and bring the terrorists home to America, not George Bush. Yet, the student accusing Jeb Bush made the truth disappear with four little words.

Again, blame RNC for just ignoring Obama’s weak link instead of hammering the point into our conscience with TV ads on how Obama facilitated ISIS to come home.

It will take a whole campaign to refute this accusation, and another whole campaign to make it stick where it belongs: Obama himself. Republicans missed the boat on that one and the RNC better shape up or watch Hillary Clinton being elected in 2016.

Blame RNC for its inability to confront left propaganda immediately with its own. Or prepare for it in advance.

Why Obama Outsmarts GOP But Not International Thugs
GOP giving Obama a free pass
Next 12 Years Might Be Reigned by Republicans, Again
Things That Matter 382