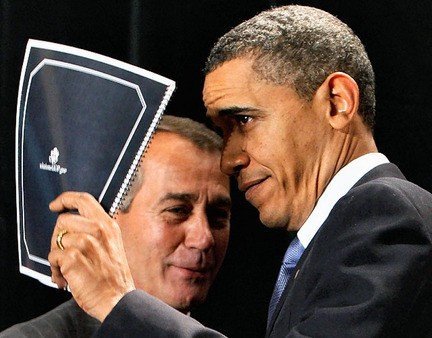 May 23, 2014 7:58 pm 0
Is Obama getting permission from Iran to strike ISIL?
Turning our backs on Syrian atrocities
Senators urge Obama to create civilian safezones in Syria

In Washington, it is a fact that the more politicians show up at a funeral, the more secrets the deceased took to the grave. It is unlikely, given the humongous egos battling for every screen pixel and every drop of ink that those attending funerals care much about eulogies. They show up to make sure their secrets are buried forever.

Secrets in Washington is a way of life; some could be uncovered by simple deduction.

For example, why is the GOP giving President Obama a free pass on Syria when the Democrats hammered President Bush on Iraq as if there is no tomorrow? When the Mullahs of Iran and Assad subjected US soldiers to deadly IED?s and Rep. Nancy Pelosi visited Assad in Damascus in defiance of her own President. The Democrats just rallied against President Bush in one voice.

Within a similar context, when President Obama neglected to support the moderate Syrian opposition in 2011 for fear of offending Putin (The same Putin that stuck a dagger in his back called Ukraine), which resulted in turning Syria into a global terror threat, the GOP is silent on this matter of holding President Obama accountable. The rise of the Syrian people Mr. Obama neglected to take advantage of to promote US interests and US allies in the region gave birth to a stronger al-Qaeda, more determined Iranian terror, and countless regional fires.

Where is the GOP campaign to hammer President Obama over his leadership and disengagement from the realities of his responsibilities as an elected official when it comes to handling the debacle in Syria the way the Democrats hammered President Bush and his staff over Iraq? Such a campaign will double as a reminder of 9/11, something that seems many Americans have forgotten ever since Mr. Obama was elected.

Just the opposite, conservative talk heads on TV and in print are excoriating the AQ threat by making remarks to benefit the Assad and the Iranian regimes. The only conservative alluding incessantly to Mr. Obama?s qualifications is Charles Krauthammer. The GOP has forgotten what Rep. Nancy Pelosi did to win the White House back and instead of emulating the tactic, they are yielding to arguments that would guarantee another loss in 2016.

If Iraq was a disaster because US troops died, what should we say of Syria that could result in another 9/11? Al-Qaeda is definitely stronger today than it was in 2011 thanks to Obama?s disastrous Syrian policy.

Why is the leadership of the GOP giving President Obama a free pass? What secrets the American people are not privy to that would make certain GOP leaders in Congress whimper when they have the ammunition to growl?

I, myself, have no access to secrets; but I sure smell them drifting through door cracks like a woman?s perfume wafting through a fundraiser.

Maybe we should ask Edward Snowden.