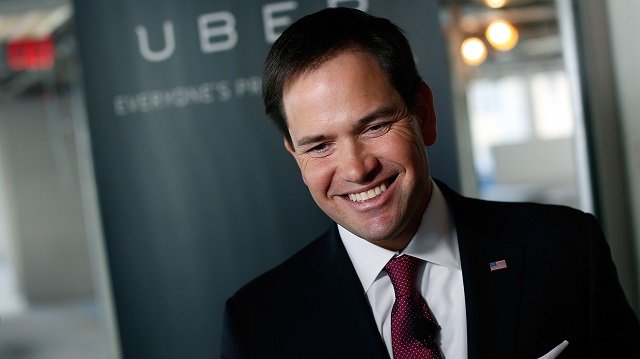 In the aftermath of the disastrous presidency of Jimmy Carter, with his National Security Advisor Zbigniew Brzezinski, that sowed the first seeds of Islamic terror by permitting Ayatollah Khomeini to return home a conqueror, the American voters ushered the Ronald Reagan/George H. W. Bush 12-year era of two successive Republican Presidents at the White House.

The stark difference between the leftist era of Jimmy Carter and the capitalist era of Ronald Reagan was like night and day.

Freddie Mac home mortgage interest rates averaged 13.74% in 1980. In 1992, at the end of the Republican 12-year era, the interest rates averaged 8.39%. Iran held 52 American hostages for 444 days during the Carter era it immediately released on the day of America inaugurating Ronald Reagan on January 20, 1981. The morale of our armed forces was at a high low, and our economy was sputtering along.

1980 was just a bad time to live in America or to call yourself a proud American. Sounds familiar today?

Since history repeats itself and since Barack Obama has cemented and expanded the Islamic terror that Jimmy Carter sowed, not only of the terror we find in the Mullahs in Tehran through his bad Iran Deal, but also by ignoring, for too long, the terror of the Islamic State and the Assad regime, it is a fair judgment to assume Americans are going to vote for a Republican President for the next 12 years in office.

The malaise that gripped America during the Carter era is gripping it again during the Barack Obama era. This is why the next 12 years, post Obama, might be reigned by Republicans, again.

Surely, America’s demographics have changed since, and the two-party system has become a sophisticated political machine able to garner more voter turnout — In 1976, 53.6% of Voter Age Population (VAP) voted — Even though the Vietnam War helped usher a pacifist like Jimmy Carter — and in 2008, the percentage increased by 3.5% to 57.1%, which is considerable.

The Democrats are betting on demographics, their voter turnout prowess, and the issues they have worked so hard on to surface to the top, like gay marriage and climate change, to stop a Republican onslaught they tasted in 2010 and 2014 in both Houses of Congress.

Whether they succeed in fooling America again to vote for a leftist agenda that is bringing America down to its knees with regard to international presence and power remains to be seen. It has yet to dawn on many Democrats how damaging Barack Obama is to their future.

Whomever the American people vote to become our next president, his/her job will be one of the most difficult a president could ever undertake. The Barack Obama era is leaving behind so many domestic and international disasters that need our immediate attention, it is hard to fathom how the new president could, during a 4-year term or even an 8-year term, unwind Obama’s damage to our national security. It will take the next 12 years of hard working Republicans to erase his damage.

How will the next president dislodge Russia from the Middle East? Will we succeed in building trust again with our strong allies in the region? How will the next president stop Iran from building a nuclear bomb we all know is coming thanks to Barack Obama? What will it cost America and its taxpayers to regain the same power status George W. Bush left for Obama and which he exhausted with his ignorance, timidity, and weakness?

The next 12 years are going to be the hardest any presidents have ever experienced in public office. And if we think we have an idea about the damage Obama has done our country, remember that he still has over a year left in office to cause even more damage.

If impeachment was ever designed to be adopted during difficult times, Obama gives us all the reasons to impeach him today. Permitting Russia’s Putin to fill the vacuum in the Middle East, he intentionally left behind, is high treason in our books.