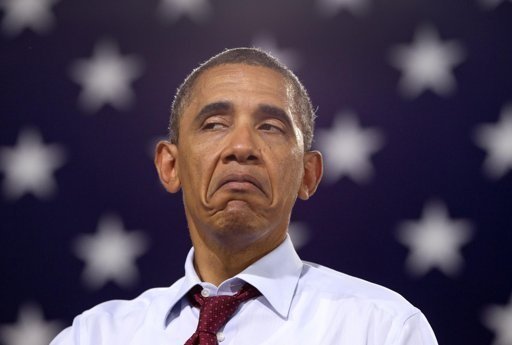 In response to more gas attacks in Syria killing innocent women and children, Barack Obama responded to a question asked by a reporter by saying the US is investigating chemical use by the Assad regime and if proven correct, he would work with the international community to put a stop to them.

Really? Just like the last time when he was fooled by Putin into believing Assad is willing to let go of his CW arsenal. Gutless Obama investigating Chemical Weapons use. Maybe you should ask Assad directly Mr. President. He would tell you the truth.

Obama is an embarrassment to the United States of America. Under his lack of leadership, the U.S. has been transformed from a great country lending its hand to the defenseless and the helpless to a nation that is asked to care only about this commander-in-chief and his reputation.

Assad has been gassing his people with Chlorine Gas for almost a year now; and only until asked the question directly did Obama respond by ignoring it all together. The last year, he has simply just turned blind to the fate of Syrians suffering from the Assad gas attacks in favor of supporting Iran on its way to annihilating Israel.

Trusting the gutless Obama investigating Chemical Weapons use when the last time he ignored them after his infamous red line is like trusting a rattle snake to swallow its own venom.

In the meantime, thousands of Syrians could perish with gas attacks. Obama could care less about Syria or Syrians or Assad killing en masse innocent women and children. Deepest thanks to Barack Obama are in order.

For those who voted for Barack Obama, shame on you for not seeing the master con artist behind his personae. The man fooled you all.