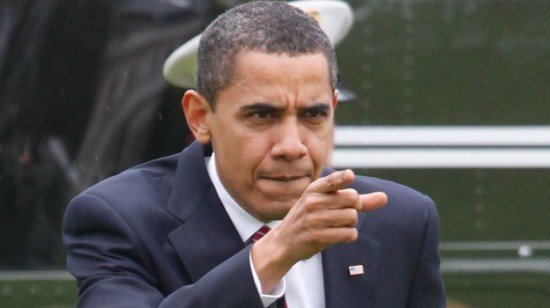 Brace for another Obama faux pas

June 17, 2014 11:07 pm 0
What a great man Barack Obama is
It is unconscionable to strike grain silos in northern Syria
The White House in the Bunker House

According to Foreign Policy, ISIS? funding comes from oil smuggling, bank heists, and racketeering. The sums ISIS/ISIL control to battle Assad and the IRGC seem to vary between $200m to $2Billion depending on the sources.

With that kind of knowledge, it is safe to say that Assad, Khamenei, and Nasrallah have a fight on their hand.

Maybe Mr. Obama unfreezing Iranian funds was not such a bad idea only if the US takes the sidelines in this regional conflict.

Fools are those who believe the sectarianism before us is stoppable. It began when Assad gassed women and children, and it will not recede before Syrians drag Assad to face justice.

No one is able to hinder the anger still simmering amongst Syrians, and a large number of Arabs, for the crimes Assad committed deliberately to save his own skin.

Beyond that, I caution the US not to rely too much on Iran. Here is why.

The Iraqis claimed they captured some good intelligence to show the sources of the ISIS/ISIL funding, names of its agents, and other deep and valuable information.

Based on history, I would caution the CIA against doctored data Iran is eager to pass around to trigger a US response that would bunt Obama into Khamenei?s lap. It is not hard to prove how valuable that information is if the CIA does not get lazy auditing and pursuing verification trails.

The fact Mr. Obama has already evacuated all US intelligence operations on the ground in Iraq, the timing of this data should be of concern to the CIA and to all Americans. ?

Keeping America safe is the ultimate goal here, not some US official seeking glory in pursuit of do or die negotiations with Iran. The last Americans want is a US President who tripped and created his own war unwittingly. That would be far worse than ?You can keep your doctor?.

Verify the data and act in the best interests of the US.

On another front, the US materials ISIS captured in Mosul, to include US tanks and Humvees, are moving into Syria. This requires a certain level of logistical sophistication, which judging from the al-Maliki?s purge of Iraqi military, is everyone the US trained in Iraq.

Another reason the US should sit it out.

To top it all, a UN panel meeting to discuss the war crimes in Syria is predicting dire regional consequences. AP reported:

“The conflict in Syria has reached a tipping point, threatening the entire region,” said the head of the U.N. Commission of Inquiry, Brazilian diplomat and scholar Paulo Sergio Pinheiro, in a speech to the 47-nation rights council in Geneva.

“We are possibly on the cusp of a regional war,” commission member Vitit Muntarbhorn, a Thai professor who has investigated human rights in North Korea, told reporters. “That is something we are very worried about.”

So what is the solution you ask?

The President can order one of two options. Either bomb Assad, for gassing children and women, and ISIS/ISIL for massacring Iraqi troops, or sit it out.

The option of bombing ISIS/ISIL only will create far more problems for the US than this White House is able to understand today.