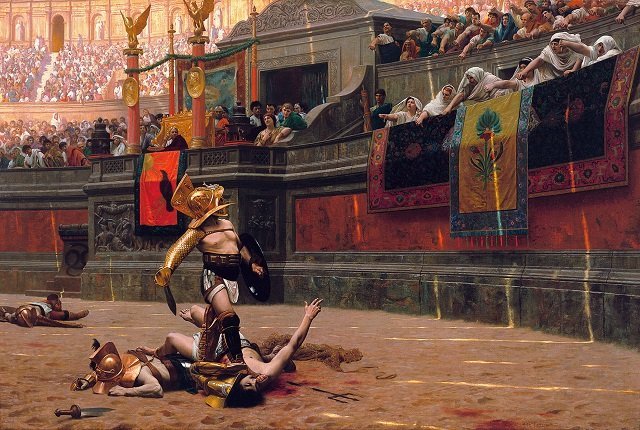 Honestly, after we heard President Obama address the nation on Syria Saturday afternoon, we imagined both Assad and Khamenei dance the Kasatchok with Putin. What in the %$&^#@*(^%$ happened today?

During this unhelpful address, Mr. Obama made his case for a limited strike against the Assad regime; he also acquiesced to pressures to have the measure voted upon in both Houses of Congress.

It is hard to make a case against a President who empowers Democratic values by building as large a consensus as he possibly can, even though the same President failed to follow the same rules in the case of Libya.

In our best estimation, if Congress votes NO, it will have an impact on the inevitable cannibalization of US interests everywhere around the world. There is a reason why the Constitution accords the President immense powers. Besides, we think a nation that is unwilling to protect its interests, or ignores them, is a nation undeserving of them.

Senators like Rand Paul will use the occasion to promote extreme isolationism by voting down a measure most Americans neither understand nor see its importance to our national security. Incidentally, do not expect Senator Paul to understand what he is doing the same way Senator Obama did not understand what he was doing before he became President.

Senators like John McCain will support the measure in an uphill battle we, personally, doubt the US Congress will vote for it just a year before the mid-term elections.

Now that President Obama has selected to ignore his powers, here are our two bits.

If Mr. Obama really wants to strike Assad, the case for such action must be made constantly over the airwaves and in the Social Media in order to change a public opinion the President allocated an enormous amount of time the last five years shaping it against any wars, which goes to show the danger inherent when a President predisposes a nation for one strict policy or another.

If Mr. Obama disappears on Syria in the next few weeks, it means he wants Congress to vote NO.

If the US Congress votes down the measure, the United States of America may have started, accidentally, The National Gladiator League by importing some Russian bears Putin is happy to sell us, and throwing all the people living under constant fear of WMD or nuclear bombs into an arena for some fun mauling while the public cheered and applauded.

America is losing touch with reality thanks to a pendulum that swung too far to the left and now that America needs to play in the center (A strike, not a war), America finds its hands tied behind her back.

If so, will Obama go on a limb? Doubt it. This is his “Exit the corner” strategy. We really hope we are wrong though.

It is simply amazing that Assad is uniting both extremes of the political spectrum in the US, which goes to show you why the American public usually wants a centrist Government, but occasionally goes astray.

If Congress votes for the measure, our sense that it will be far more limited in scope because every Member of Congress wants to show that his/her vote did not drag America into another war.

Meanwhile, the cursed region, the West should label The National Gladiator League, where many live in the shadow of a savage like Assad continues to suffer. Just because Assad failed to attack the US on US soil makes him a darling of both the left and the right while both sides witness silently the gassing of Syrian children and women. Does that remind us of another era against another people when Nazis within the ranks of the German people looked the other way.

Welcome to The National Gladiator League started in Syria. by cheering

For any American, who enjoys the fruits of the great rich nation of ours, to believe it comes cheap, he/she is both naive and dangerous.

Did you ask me how Islamic terror starts? It starts because we let people like Assad get away with mass murder.

Write your Senators and Congressman/Congresswoman and ask them to vote for a strike against madman Assad.