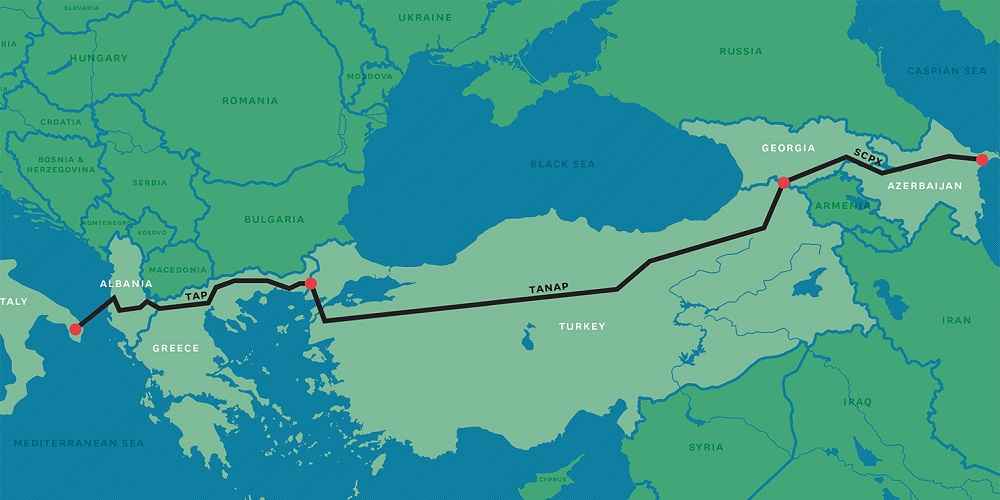 Behind the Assad Accusations is a Gas Pipeline To Free Europe

October 6, 2020 10:20 am 0
Assad Used Chlorine in Bombs Against Civilians, Report Says
Assad to Syrians is what AQ is to America
Western Countries Working to Bypass Russian Veto

Reuters published a story about Assad of Syria blaming Turkey for instigating the fighting between Armenian and Azeri forces. But upon reading another Reuters story, one would come to a different conclusion. Vladimir Putin of Russia is instigating the Armenians to fight the Azeris to block Azerbaijan from building a new gas pipeline to Europe. In effect, behind the Assad accusations is a gas pipeline to free Europe and Turkey from the Russian gas stranglehold, which the world knows Putin wields as a weapon.

In a story it called “New gas pipeline could heat up Azeri-Russian rivalry“, Reuters writes:

Azerbaijan’s ties with Russia, already strained by conflict in Nagorno-Karabakh, face further pressure from the launch later this year of a gas pipeline that is poised to squeeze Moscow’s diminished gas sales to Europe and Turkey.

The $40 billion Southern Gas Corridor will draw from Azerbaijan’s giant Shah Deniz II field in the Caspian Sea and has the backing of the European Commission as it seeks to curb Europe’s dependence on Russian energy.

It also has the support of Turkey, which has sided with Baku in the deadliest fighting since the 1990s between Azerbaijan and ethnic Armenian forces in the Nagorno-Karabakh region.

The fighting has spread to Azeri cities close to the Southern Gas Corridor, but BP BP.L in Azerbaijan, part of a consortium of companies involved in the project, told Reuters it was going ahead as planned.

“As of now, all our business operations in the region continue as normal and our plans remain unchanged,” a BP spokeswoman said.

BP understands the deadly game Putin is playing and is standing firm behind building the pipeline.

Vladimir Putin has been playing with fire for a while now. His policies have led the U.S. and England to scold him publicly as he spread his violence across the Middle East and Europe. And now in Asia proper.

In Syria, he has sided with the mas murderer Assad, and participated in annihilating any moderate forces that defected from the Syrian army to fight against the Assad terror. Putin bombed the Free Syrian Army defectors to force their return to fight for Assad. This led to a Syrian civil war in which the world only witnessed Assad or ISIL.

While Putin was flexing his muscles, he ignored his own Achilles’ Heel. It happens to be his main source of income that encourages his violence. Maybe not the Trump Administration per say, but we can assure you every U.S. intelligence agency, in addition to Europe, see the fight in Armenia as quintessential to diminishing Putin’s powers on the world stage. The pipeline must be built to curb Putin’s tendencies to interfere in other countries. Azerbaijan must  build it to curb Putin’s capacity to create havoc and wars. Crushing his oil industry will put Putin back in his place, and maybe the Russian people will rise to elect a new leader willing to work with the west rather than against it.

So while Assad wants to Islamize the fighting between the Azeris and the Armenians, it is really about a pipeline to free Europe from a Russian noose. It just so happens that the two sides fighting have hated each other for centuries, which makes starting a war so much easier.

Behind the Assad Accusations is a Gas Pipeline To Free Europe