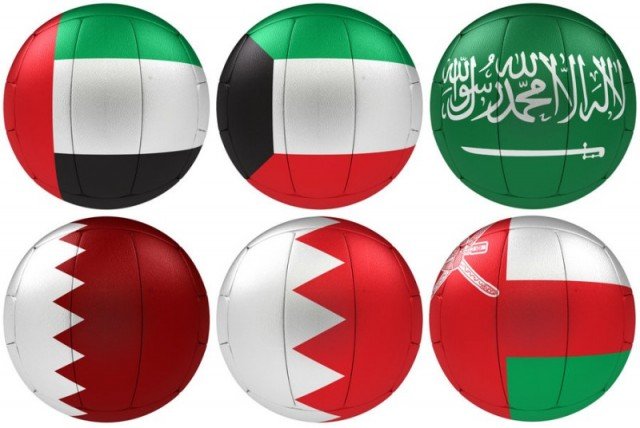 April 25, 2014 11:59 am 0
Ways to Pressure Assad Effectively
Attila the Hun reborn as Assad the Arab
Survival of Syrian Minorities

The political culture of the Arab Gulf countries is experiencing transformational developments right before our eyes. It is time for an Arab Gulf Treaty Organization (AGTO) equipped with a full professional, highly mobile army to confront the Iranian terror in the region.

There is a new, multi-faceted political will in place. It involves reaching out to strategic Arab countries to confront Iran, the acquisition of new modern offensive weaponry, a not so faceless, public relations campaign to gain the trust of the American people, continued threats to nuclearize if President Obama is unwilling to stop Iran, and finally the embrace of the foreign labor Gulf countries rely heavily upon. Iran considers GCC foreign labor to be its Trojan horse.

The Iranian aggressive networking to catch with its gravitas many loose Arab moons orbiting rich GCC countries, hat-in-hand, may have had something to do with this new Gulf attitude. Without such a strategy, Iran was bound to surround the GCC with her love. A US President bedding turbans makes the Saudis furiously resentful and fearful.

This new approach is fraught with incalculable danger for US interests, and it is the result of Mr. Obama believing Iran has the right to threaten the region, which says a lot about his views of America’s fate as the leader of the free world.

Worthy of our attention is the expansion of the GCC to a new more militaristic organization with population-dense friendly states whose purpose is two-fold. First to dilute the diplomatic gains Iran is making and to prepare to confront Iran absent a US unwilling to stand by its allies. Recently, the GCC countries have invited Jordan and Morocco to join them to form a military bloc, and is considering inviting Egypt, in return for financial aid.

While the GCC are on a rip to expand geographically, they are also expanding their military arsenal by acquiring drones made in China. The Verge has an article on Saudi Arabia joining the drone race with the help of China. Only the US, Britain, Israel, China, and Iran have such modern weaponry. Drones equipped with missiles are offensive and stealthy in nature, which signals how transformational this new strategy by the GCC truly is.

In addition, talk of nuclearization have not abetted recently even with all the pressure the White House is exercising against its allies. Prince Turki al- Faisal, a principal in the hierarchy of the Saudi ruling family, declared to a Bahrain security conference last week that Gulf States “Must gain nuclear know how”. This is what we call “Flushing Obama’s sense of how rightful his policies are down the-you-know-what”.

Welcome to the new slow formation of the virtual AGTO or Arab Gulf Treaty Organization with only one aim: To confront the Iranian threat of the Mullahs Mr. Obama has turned into a real and present danger for all US allies.

Meanwhile, domestically, Saudi Arabia is inaugurating a new Football stadium, which will double as an entertainment center to charm the foreign labor on its soil. For those unaware how revolutionary this small fact is should know that the new King Abdullah stadium is Saudi Arabia’s first ever.

The Kingdom is also embarking on showing its face of modernity with a highly visible “exhibition” in Kansas, an American heartland, to include the appearance of the son of the next Saudi monarch. we expect many more will take place in the future. This is an important step in the Kingdom building trust with the American people directly.

Because some professors are dictating the US-Iran policy within the Obama Administration, my hope the GCC will begin to invest heavily in US universities, through grants and endowments, to begin the process of adding some common sense professors on US campuses. For the GCC countries, it should be crystal-clear to them why America is abandoning its allies in the Middle East. Credit all those communist and hardcore socialist tenures on US campuses intent on diluting US exceptionalism and power.

Only the GCC can help reverse this trend imperative to a safer and more stable Middle East region.

Pity the Russian People Led by Putin
US Policy in the ME: When Confronting a Virus, Build More Hospitals
Kerry Forfeited the Right to Influence the Middle East
Support U.S. Allies 152