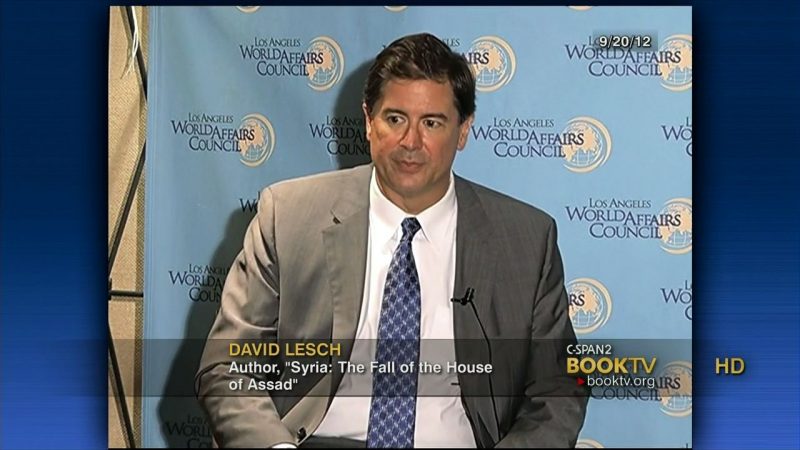 When the Useful Idiots Apologize

December 4, 2012 10:55 am 0
The Quiet Arab Spring No One Hears About
It is not about the Arab Spring, it’s about Obama’s Policies
The Geneva II Trap

UPDATED (March 29, 2019) – If we had to write about every Western official or writer or intellectual who also happens to be an avid supporter of Assad, it would take a whole book to seize on their adolescent puppy love with a mass murderer of the first order. Watching what Assad is doing to his people, they are shocked and awed at the same time. However, it is something else when the useful idiots apologize.

To grasp the spirit of the spell these people live under, all you have to do is read the review David Schenker of the Washington Institute wrote about a writer named David W. Lesch. The review, entitled “The New Arabists”, sheds a light on how to bounce blame by pointing a finger at others.

You will not find a Konrad Heiden inside David Lesch, or Flynt Leverett, or Nir Rosen of the world; instead they are simply the ventriloquist puppets of authoritarianism and the unintended voices behind human liquidation throughout history.

More recently, we have watched Dennis Kucinich, who has a long history of supporting the Assad regime, find himself bouncing on hot lava. Kucinich admitted taking money from two Lebanese-Americans Assad agents in Ohio. Practicing Quid Pro Quo with a man the world over wants to see hanged is not exactly super smart. Kucinich apologized for taking the money, but not for embracing a mass murderer. When the useful idiots apologize.

Kucinich is not the only ex-representative whose hands the media caught in the cookie jar. Rep. Tulsi Gabbard (D-HI), who met Assad at the height of international isolation and still in the midst of gassing his own people, also took money from the Khawam brothers to pay for her trip to Damascus to meet with its butcher. Her excuse? She wants to stop the U.S. from regime change in Syria … by paying homage to the Hitler of the Middle East.

Gabbard is a member of Congress. If she has not gauged yet that stopping regime change activities start and end in Washington, she is running for President on the fumes of her looks and not her intellect. Gabbard apologized for her anti-gay views, but never for meeting with Assad. In her mind, she did nothing wrong. Can someone please shove in her face the 55,000 images Cesar extracted from Syria depicting extreme and systematic torture by the Assad regime? Maybe, maybe, the beauty queen would finally apologize for meeting Assad.

When the Useful Idiots Apologize

Of Old Egyptian Men and Older Tyrants
Syria: The Center of the Arab Spring or the Center of a Cold War?
Once Upon an Arab League
Dennis the Menace 2 Imposter Tulsi 8 Opinions 1017 Syrian Revolution 1335 Useful Idiots 2