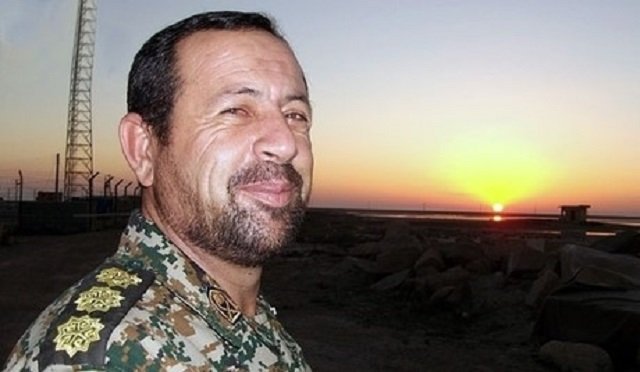 Another Iranian Terrorist commander is killed in Syria. Colonel Ezzatollah Soleimani was a senior officer in Iran’s elite Revolutionary Guards unit. He was the fourth Iranian commander to die there in the last month, the Fars news agency said Tuesday.

Colonel Ezzatollah Soleimani died during an “advisory mission” near the northern Syrian city of Aleppo, it said.

Iranian media have since Saturday announced the deaths of five Iranians in Syria, bringing the total killed there to 20 since October 9.

Among those have been four Revolutionary Guards commanders, including General Hossein Hamedani, a veteran of the Iran-Iraq war, who was killed by the Islamic State jihadist group near Aleppo.

Iran supports the regime of Syria’s psychopath Baschar al-Assad, and while it doesn’t officially send troops to Syria, it has deployed military “advisers” to the war-torn country.

The Syrian opposition, and the majority of the Syrian people, consider Iran to be a foreign invading force in support of Syria’s number one mass murderer and tyrant Baschar al-Assad.

As a counter-balance to Iranian terror in Syria, Saudi Arabia has been funding the moderate Free Syrian Army battling both the regime of Baschar al-Assad and the ISIS terrorists in the North of Syria.