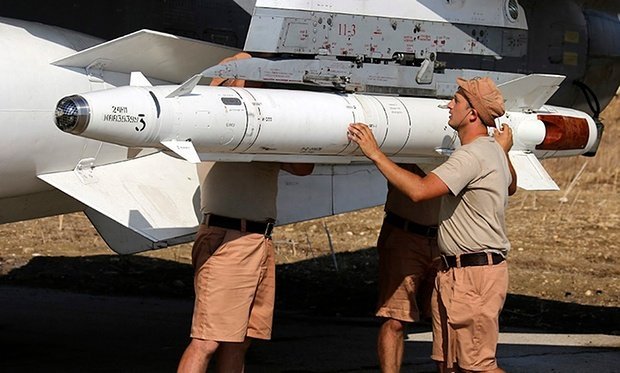 Any Doubt Putin Has Trumped Obama in Syria?

Russian jets bombed 24 targets in Syria Tuesday using coordinates supplied by “opposition representatives” — the first time Moscow has claimed to work with opposition groups since the start of its air offensive.

“The coordinates of all of these targets were given to us by opposition representatives,” senior military official Andrei Kartapolov said, without specifying which groups Moscow had cooperated with.

Any doubt Putin has trumped Obama in Syria? All parties now turn to Russia as the new power in the region. Adieu U.S. interests.

Moscow has been bombing targets in Syria since September 30, when it launched an offensive in support of forces loyal to the psychopath Baschar al-Assad against Islamic State jihadists and other “terrorist” groups.

“Our aim both in Syria and anywhere else is to fight terrorism first of all,” Putin said in Moscow on Tuesday.

But the U.S. and its allies, who are involved in a separate air campaign against IS, have accused Moscow of primarily hitting more moderate groups fighting Assad’s regime.

Moscow said it had set up “working coordination groups” aimed at bolstering the fight against the IS, but said the identities of those involved were being kept secret.

“Such close cooperation will allow us to unite the efforts of the government troops with other patriotic forces in Syria that used to be in the opposition and act as a united front against the common enemy — international terrorism,” the defense ministry said in a statement.

Deputy foreign minister Mikhail Bogdanov said the contact with the opposition groups was “useful,” both in terms of “fighting terrorism and promoting the political process,” speaking to Interfax news agency.

The defense ministry said Tuesday that since the start of the operation it had hit 2,084 targets in 1,631 sorties, including 52 training camps and 287 command posts.

It said it has managed to cause “significant losses to the terrorists” and to “undermine their morale.”

Any Doubt Putin Has Trumped Obama in Syria?

Trash Obama Worthless Words on Syria
Obama’s Tragedy? No Black Presidents For a While
Syrian Peace Is an Obama Mirage
Putin Terror 391