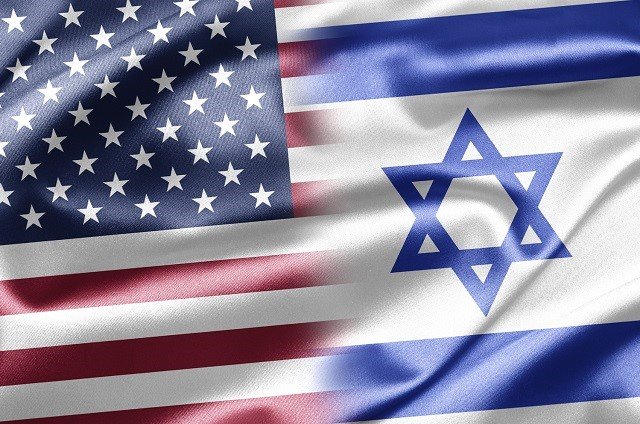 American and Israeli Fates Are intertwined

August 5, 2015 10:11 am 0
Obama Official Says Putin’s New War Is a Sign of American Success
How Obama Traded American Power to Thugs and Terrorists
American Muslims Agree With This Critique of Jewish Leaders

The same way Sunni Muslims could not pray unless they kneel towards Makkah in Saudi Arabia, America could not control its many enemies around the world without turning to Israeli and Saudi supports to keep the oil-rich region stabilized.

For those who lived during the Cold War era, just imagine the region without Israel to imagine the consequences of America battling on its own while the Soviet Union had, by its side, the Assad regime, the Saddam regime, the Gamal Abdul Nasser regime, and every corny tyrant Brezhnev could lay his hands on.

All America had was weak tribal oil states coming of age slowly and strong Israel. This is why American and Israeli fates are intertwined.

Today, the Cold War is upon us again and Barack Obama, instead of strengthening the American and Israeli fates, is turning his back on them in favor of working with the same sycophants Leonid Brezhnev worked with. Those parasites were instrumental in destabilizing the region the way Iran has destabilized four Arab countries since Obama came to power.

In a way, Obama is amplifying the Soviet model of instability by turning his back on our traditional allies. Israel should feel very threatened by Obama’s actions. and those American Jews blind enough to see the real Barack Obama will come back to regret in few years their support. There were German Jews who believed Hitler can be worked around too.

The American and Israeli fates are intertwined. So are the fates of America and peaceful countries like Saudi Arabia, Jordan, and Lebanon. Obama’s attempt at shedding these ties will fail miserably and will drag America into another big war in the Middle East.

American and Israeli Fates Are intertwined

Loading...
Newer Post
What Does Assad Know to Publish Photographs of His Daughters?
Older Post
Obama to American Jews: Block Iran Deal and Rockets Will Fall on Israel Either Way