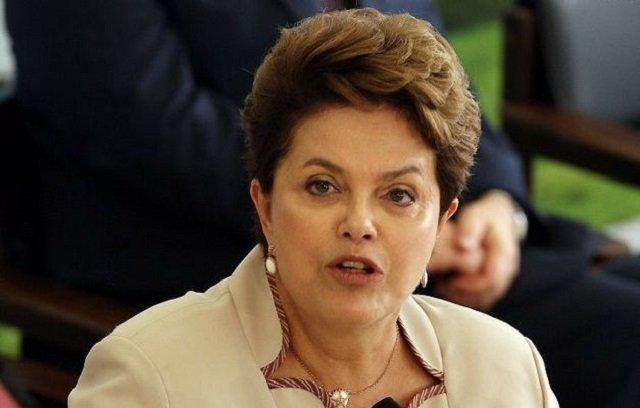 September 8, 2015 5:19 am 0
American Muslims Have Much To Prove
Russia Bombs Offices of American NGO in Syria
The Disintegration of American Power

In a video message marking Brazil’s Independence Day, Rousseff said she wanted to “reiterate the government’s willingness to welcome those who, driven from their homeland, want to come live, work and contribute to the prosperity and peace of Brazil.”

“Especially in these difficult times, these times of crisis, we have to welcome refugees with open arms,” she added.

Latin American Chile’s President Michelle Bachelet, meanwhile, said her country also would be willing to accept refugees, without specifying a number or nationality.

“Throughout our history, we have always had our doors open to those, sometimes coming from far away places, bringing their history and cultural to the construction of our nation,” Bachelet said.

Leaders of Latin American Chile’s Arab community, which numbers around 300,000 people, approached the government recently with a plan to offer shelter and support to about 100 refugee families from Syria.

Latin American Brazil has taken in more than 2,000 Syrian refugees since the start of the Syrian conflict in 2011, more than any other country in Latin America.

Currently, Syrians are the largest refugee group in Brazil. In 2014 alone, 1,405 were given refuge.

Two years ago, Brazil streamlined the process of taking in such refugees under a program originally set to end this month.

Rousseff also referenced the photo of a lifeless little Syrian boy washed up on a Turkish beach that went viral last week and has since become a symbol of the migrant crisis.

“The image of the child, Aylan Kurdi, barely three years old, touched us all, and presented the world with a great challenge,” she said.

European leaders are scrambling as bloody conflicts not only in Syria but also in Iraq and beyond send hundreds of thousands on dangerous treks through the Balkans and across the Mediterranean to the 28-nation EU.

On Monday, Britain and France joined Germany in pledging to take in tens of thousands.