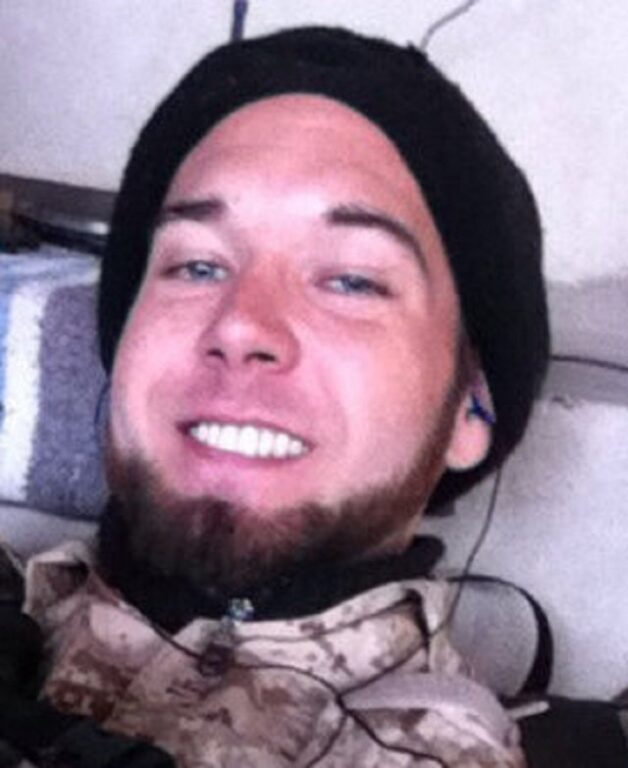 July 29, 2013 10:39 am 0
A slipper and a Tweet may save Syria
Converting Muslims into Jews
CIA suffers intelligence gaps in Syria

A rising number of radicalized young Muslims with Western passports are traveling to Syria to fight with the rebels against the government of Bashar al-Assad, raising fears among American and European intelligence officials of a new terrorist threat when the fighters return home.

More Westerners are now fighting in Syria than fought in conflicts in Iraq, Afghanistan, Somalia or Yemen, according to the officials. They go to Syria motivated by the desire to help the people suffering there by overthrowing Mr. Assad. But there is growing concern that they will come back with a burst of jihadist zeal, some semblance of military discipline, enhanced weapons and explosives skills, and, in the worst case, orders from affiliates of Al Qaeda to carry out terrorist strikes.

“Syria has become really the predominant jihadist battlefield in the world,” Matthew G. Olsen, the director of the National Counterterrorism Center, told a security conference in Aspen, Colo., this month. He added, “The concern going forward from a threat perspective is there are individuals traveling to Syria, becoming further radicalized, becoming trained and then returning as part of really a global jihadist movement to Western Europe and, potentially, to the United States.”

Classified estimates from Western intelligence services and unclassified assessments from government and independent experts put the number of fighters from Europe, North America and Australia who have entered Syria since 2011 at more than 600. That represents about 10 percent of the roughly 6,000 foreign fighters who have poured into Syria by way of the Middle East and North Africa.

Most of the Westerners are self-radicalized and are traveling on their own initiative to Turkey, where rebel facilitators often link them up with specific groups, terrorism experts say. Many have joined ranks with the Qaeda-aligned Nusra Front, which American officials have designated as a terrorist group.

“The scale of this is completely different from what we’ve experienced in the past,” Gilles de Kerchove, the European Union’s counterterrorism coordinator, said at the conference in Aspen.

So far, terrorism experts say, there have been no documented terrorist plots linked to European or other Western fighters returning from Syria, but France’s interior minister, Manuel Valls, recently called the threat “a ticking time bomb.” Security services across Europe are stepping up their surveillance efforts and seeking ways to make it more difficult for people suspected of being jihadists to travel to Syria.

European and other Western intelligence agencies are rushing to work together to track the individuals seeking to cross the border into Syria from Turkey, though several American officials expressed frustration that Turkey is not taking more aggressive steps to stem the flow of Europeans going to fight in Syria.

Hans-Peter Friedrich, Germany’s interior minister, is pushing for an European Union-wide registry for all foreigners entering the bloc as one of the measures that will help better track returning radicals.

While such a registry will take time to create and put in place, the move reflects the level of concern and the understanding among German security leaders that an individual country’s efforts will be ineffective without the assistance of its European partners, given the open borders across much of the Continent.

The German authorities have so far focused domestic efforts on preventing people suspected of being radicals from leaving the country. In the northern state of Schleswig-Holstein, the security authorities this month identified 12 people thought to be radicals, who they said had given “concrete indications” that they were planning to leave for Syria.

Because the legal procedure for taking away a passport can be lengthy, the authorities will often simply pay a personal visit to the suspected radicals, warning them that the authorities are aware of their plans to travel to Syria and suggesting that they refrain from so doing.

Authorities believe, however, that in many cases the suspected radicals sidestep such measures by traveling to a neighboring European Union country first, and then from there to Turkey, where German citizens can enter with only a personal identity card. They can then fairly easily slip over the border into Syria.

Public prosecutors in the Netherlands have said that while the authorities cannot stop would-be jihadists from leaving the country, they can combat recruitment, which is against the law and carries a sentence of up to four years in jail or a fine of more than $100,000.

A precise breakdown of the Western fighters in Syria is difficult to offer, counterterrorism and intelligence officials said, but their estimates include about 140 French citizens, 100 Britons, 75 Spaniards, 60 Germans, and as many as a few dozen Canadians and Australians. There are also fighters from Austria, Belgium, Denmark, Finland, Ireland, Italy, Norway, Sweden and the Netherlands, according to a study in April by the International Center for the Study of Radicalization, a partnership of academic institutions based in London, which estimated that 140 to 600 Europeans had gone to Syria.

Only about a dozen Americans have so far gone to fight in Syria, according to American intelligence officials. Nicole Lynn Mansfield, 33, of Flint, Mich., a convert to Islam, was killed in May while in the company of Syrian rebels in Idlib Province.

Eric Harroun, 30, a former Army soldier from Phoenix, was indicted in Virginia by a federal grand jury last month on two charges related to allegations that he fought alongside the Nusra Front. In February, he bragged about his involvement, posting a photo on his Facebook page saying, “Downed a Syrian Helicopter then Looted all Intel and Weapons!”

About 30 French citizens have returned from the front lines in Syria, according to Mathieu Guidère, a professor at Université Toulouse II and an expert on Islamic terrorism. He said most had been stopped by the domestic intelligence service and held for lengthy questioning under a law passed last year that allows charges to be brought for having traveled to terrorist training camps or combat zones where terrorist groups are involved.

Some returned because they were unable to reach the front or find fighters to arm them or train them, Mr. Guidère said. Many end up lost among the refugees on the Turkish and Jordanian borders, and after waiting around for a while come home. Others are rejected by the Free Syrian Army, which does not want them, he said. Many who end up staying join the Nusra Front, which often divides them into groups by nationality.

In April, the Belgian authorities raided 48 homes across the country and detained six men implicated in what prosecutors described as a jihadist recruitment drive for the insurgency in Syria. Some of the men have since been released, Eric Van Der Sypt, a spokesman for the federal prosecutor, said by telephone on Friday.

Mr. Van Der Sypt said that the Belgian authorities had recently arrested another man after he returned to Belgium from Syria, but he declined to provide more information, citing the continuing investigation. “We’re still following the phenomenon of people going to Syria from very close by,” he said, referring to residents of places in Belgium like Antwerp and Vilvoorde, a community north of Brussels, who had become involved in a group known as Sharia4Belgium.