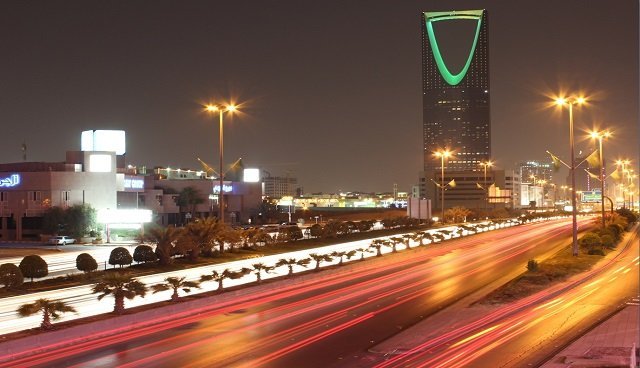 Underestimate Saudi Arabia at Your Peril

November 16, 2013 10:46 am 0
Assad allies profit from Syria’s lucrative food trade
ISIS Struck Back in Tunisia, France, Kuwait and Syria
Diplomacy in a World of Extreme Violence

Over the last few years, US allies in the Middle East have relied upon the goodwill of the US and Europe to limit the danger of Iran through the implementation of sanctions. When sanctions proved to be innocuous or easily prone to circumvention, the US and Israel resorted to more covert tactics to include virus attacks and the targeting of on-the-loose Iranian nuclear scientists.

All of these defensive measures were aimed at weakening Iran to the point it cannot nuclearize. Then, in 2008, comes one unwilling, weak, and hesitant US President who drew a Red Line, let Assad spit on it, threatened him with the use of force, and the last minute blinked. With this imprudent singular act, all the work done the last few years by the US and her allies in weakening Iran simply vanished. Iran got much stronger because the most powerful man leading the most powerful country bowed before Assad, an Iranian proxy.

To this day, I truly believe Mr. Obama knew the harm he would cause and did it anyway. If his closest senior adviser had been born in Israel or Saudi Arabia, instead of Iran, maybe the Syrian and the Iranian peoples would be celebrating freedom today.  Incidentally, how can someone be born in Iran get away with knowing the most important US secrets and get top clearance without a hitch? Should we not give equal attention to Jarrett as we have to Snowden? I think the US Congress should investigate this matter.

Ever since Mr. Obama backed down on Syria against the advice of a much brighter and more experienced President Bill Clinton, Mr. Obama’s approval ratings have been spiraling downward. For US allies in the region, there is no consolation in Mr. Obama’s misfortunes because a weak America means weaker US allies. Saudi Arabia and Israel would much rather work with a strong US President capable of meeting the responsibilities of his office rather than an overestimated US President buckling under the pressure of so many self-reaped chips on his shoulder or pursuing a devious and contrarian agenda.

US allies in the Middle East have no choice but to fill the void left by Mr. Obama otherwise Iran would be knocking them down like bowling pins starting with the smallest Gulf countries. If Mr. Obama has no desire to arm the Syrian opposition to defeat Assad or back down on his promise to punish him, the GCC countries are now compelled to open a conveyor belt of weapons and training the same way Iran and Russia have in support of Assad. If Mr. Obama wants to negotiate a bad deal with Iran, it is incumbent upon Israel and Saudi Arabia to use whatever political, economic, or military credits they have at their disposal to sabotage the pro-Iran=bomb deal Mr. Obama, with his Secretary of State John Kerry, are pursuing. There is no mercy from either country because their self-interests now dictate their counter moves even if those moves are perceived to go against US interests.

As Governments around the world have learned never to underestimate Israel. It would be wise for the same Governments not to underestimate Saudi Arabia. Refusing to occupy a seat on the UN Security Council and airing publicly the grievances they have against Mr. Obama are not exactly events you see happen in Saudi Arabia every day. These are signs the Saudis will not sit idle while Nero burns Rome.

Besides the nuclear option Saudi Arabia is quite serious about, the country has amassed good political capital over the years with European allies. Some of whom are as disturbed by the Obama presidency as the Saudis and the Israelis are. I expect Saudi Arabia to launch a wide diplomatic, military, and intelligence initiatives to offset against Mr. Obama’s ill-advised policies and his shallow learning curve after five years on the job. In fact, I believe President Hollande of France and his Prime Minister Laurent Fabius, who played a role in dissuading the US against signing the deal, Mr. Obama and Mr. Kerry were eager to sign with Iran, are due to the goodwill France harbors towards Saudi Arabia and vice-versa. These alliances remain intact in spite of Mr. Obama’s efforts to torpedo anything that does not fit with his ideology. Those relations are due to the behind-the-scene work of Saudis living in Paris with close connections to the political French establishment.

However, not all credit should be due to Riyadh. Iran is helping defeat Iran.

Consider the two options the Iranian regime had to resolve the Syrian civil war to their advantage. One would join the sectarianism of Assad to battle the Sunnis of Syria and the other would have been to side by the Syrian people and influence the rise of another “resistant” capo, which are not hard to find in Syria. They chose the former thus splitting the region in two camps and inadvertently brought Hasidic Jews and Saudi Wahabbis together like two lost brothers. I would say not exactly the smartest move. Because of these inexcusable miscalculations on the part of Khamenei in selecting confrontation over diplomacy in Syria, Iran cannot have a nuclear bomb. The logic is indisputable.

Having been raised around the politics of Saudi Arabia and the al-Sauds, it would be a mistake to underestimate what they are capable of. When their patience runs out, they have a way of punishing their opponents in a big way. The last time we witnessed such an event was during the 1973 oil embargo. This time around though, most Americans are on their side because al-Sauds’ grievances with Mr. Obama’s policies are testing the patience of the American public too.

Underestimate Saudi Arabia at Your Peril

Message to Assad: Syria is no Sudan
Acrobatic Putin is Testing Western Resolve
Did We Reach the Limit of Syrian Tragedy?
Support U.S. Allies 152