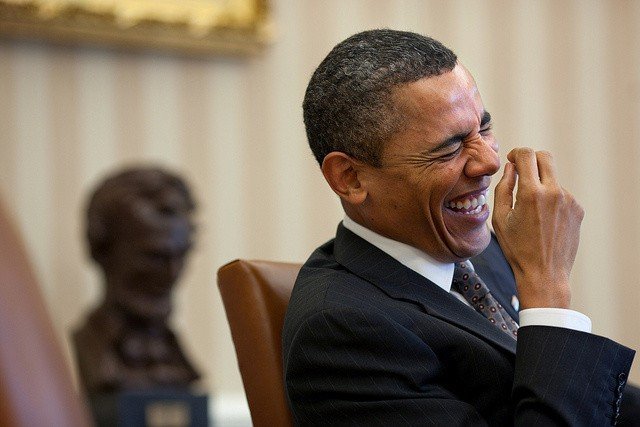 As an observant of US politics, I have never lived in an era under any US President similar to the Barack Obama one. Not even Jimmy Carter’s.

It is an era of the uncontrollable state of Barack Obama.

Permit me to provide two examples, from Obama’s State of the Union address, that would put an end to believing any word this president says.

In Iraq and Syria, American leadership—including our military power—is stopping ISIL’s advance. Instead of getting dragged into another ground war in the Middle East, we are leading a broad coalition, including Arab nations, to degrade and ultimately destroy this terrorist group. We’re also supporting a moderate opposition in Syria that can help us in this effort, and assisting people everywhere who stand up to the bankrupt ideology of violent extremism. This effort will take time. It will require focus. But we will succeed. And tonight, I call on this Congress to show the world that we are united in this mission by passing a resolution to authorize the use of force against ISIL.Barack Obama

Mr. President, ISIL exists because you did not support or help the Syrian moderate opposition in 2011 in the first place. It also exists because you permitted Assad and Khamenei to butcher and gas Syrian women and children while promising military aid to the moderates that never materialized.

How about coming clean and tell the American people there is no moderate Syrian opposition that would trust a word you say? How about telling the American public you are still turning a blind eye to Assad killing the moderate Syrian opposition while claiming you are helping it? How about telling the truth about your real intentions when it comes to Iran, Syria, Hezbollah, and Hamas all terrorists and all befriended by you?

“..stand-up to the bankrupt ideology of violent extremism”?

Are you standing up to Iran? To Assad? Or maybe Mr. President you think Iran’s ideology is rich and its extremism peaceful.

“This effort will take time”

How much time exactly? Can you give us a hint here? Or will this be another “I told you it will take time” when ISIL opens training camps in half a dozen Muslim countries?

“… authorize the use of force against ISIL”? Six months after the fact? Applause, applause.

Let us consider another lie from his Union address.

Obama refused to send weapons to the Ukraine even when its president passionately appealed to America, which encouraged Putin to aggress the country even further (Sounds familiar Mr. President? You starved the Syrian moderate opposition of weapons, which in effect gave the green light for Assad to savagely aggress his people).

How does starving Ukraine from the means to defend herself support Ukraine’s democracy? Or is that a Harvard legitimate tautology?

What ‘opposition to aggression’ are you talking about? Timid sanctions against few individuals, not Putin, came long after Putin annexed the Crimea and his separatists downed a Malaysian civil flight.

What ‘Reassuring NATO Allies’ are you referring to? Your orders to remove, without warning, our missile defense system from Poland and Czech Republic in 2009? That was a gift from you to Putin Mr. President. Don’t you feel any remorse twisting facts and re-writing history?

How does a gift to Putin translate into “Reassuring NATO Allies”?

Where is that principle when it comes to Syria bullying Lebanon? Iran bullying? Iran bullying Israel? Really, Mr. President, who do you think we are?

This is just on the foreign side of things. Imagine the Obama circus of lies and deceptions when it comes to domestic affairs.

Why would the Republicans let Obama get away with patting himself on the back during his State of the Union is beyond me. The man is writing his own bad history as if he did not own it. Was Pelosi so kind to Bush on Iraq? John Boehner should be doing the media rounds puncturing holes in Obama’s sense of history.

It is simply incredible how we let the uncontrollable state of Barack Obama get away with so many lies and half-truths.

How about this Congress appropriates funds to build the real Barack Obama library? The one that will tell the truth and nothing but the truth.

Call it the “Real and Truth” National Library.