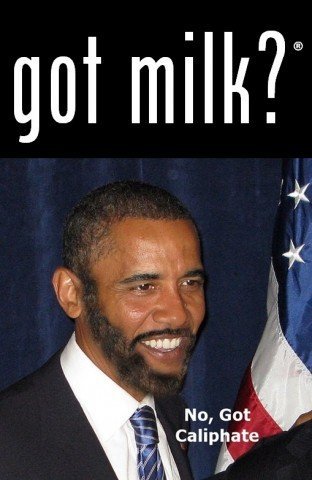 How ISIL recruits Sunnis so easily with Obama’s help

If you want to understand how ISIL recruits Sunnis from some 80 countries with Obama’s help, read on..

An article in the Times of Israel chronicles the stepped-up attacks the Assad regime is conducting against civilians using barrel bombs. The west, meanwhile, ignores totally the human tragedy of Syrians dying at the hands of a barbaric criminal.

Interviewed by AFP, Ismail al-Hassan, a nurse helping the injured in the Idlib province, utters the following words in response to the lack of concern by the international community over the Assad butchery of women and children:

Translation? I am not going to tell a western reporter everyone in Syria supports ISIL.

Obama’s policies are spiking ISIL recruitment, which may not be such a bad idea if the aim is to concentrate all the extremists in one region; the problem though is that this Syria policy is driving many moderates to turn extremists.

We are entering a new era of hundreds of thousands of Sunnis transforming before our eyes, and they will, with time, thwart any attempts at eliminating their threats using the Islamic State as their legitimate raison d’être the way Hezbollah thwarts any attempts using Iran as its legitimate extension.

At least, now you may know how ISIL recruits Sunnis with the ignorant help of Barack Obama.

To say that Obama is pushing hundreds of thousands of Arab Sunnis to become extremists does not even come close to interpreting the sense of helplessness and anger of the Arab Sunni street. His legacy will leave behind a terror complication so severe that AQ would look like a child’s play.

ISIL, with Obama’s cretinous assistance, is grooming new confrontational generations of Sunni Muslims to drive the US out of the region completely and to overthrow every Arab regime bar none.

You may think this is an over the board analysis, not so if you consider how many western analysts missed the anger of the Lebanese Shia in the seventies. We are entering a dawn of a similar transformation with all the irrational accoutrements Sunni anger is capable of exhibiting.

This is the bird’s eye view Obama, Rice, McDonough, Jarrett, and Rhodes seem oblivious to its impact. They do not understand it or get it.

Who benefits if the west and tens of millions of Sunnis are at each other’s throats? Obama will come to regret the day he constructed his foreign policy on a vision Iran controls from start to end.

How ISIL recruits Sunnis so easily with Obama’s help