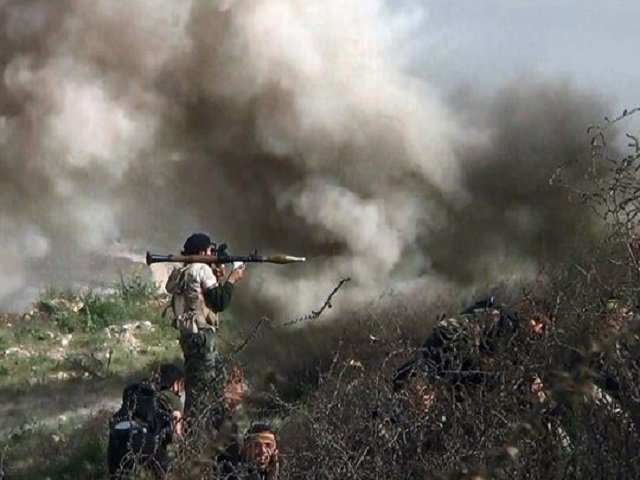 European and Arab nations joined Tuesday to condemn Syrian dictator Bashar Assad for gassing his own people as the United States pondered possible military action in its first direct intervention in the Syrian civil war.

France, the United Kingdom and the Arab Leaguesaid Syria must be held responsible for the attack.

“France is ready to punish those who took the decision to gas the innocent,” French PresidentFrancois Hollande told a meeting in Paris of French ambassadors.

The Arab League issued a statement Tuesday that Assad is to blame and that the United Nations should respond. The league, which met in an emergency session in Cairo, did not call for military intervention.

British Prime Minister David Cameron recalled English Parliament lawmakers from a summer recess for a vote Thursday on his nation’s response. He said the United Kingdom could “not stand idly by.”

White House spokesman Jay Carney declined to discuss what options President Obama was weighing, but the Pentagon has said it could launch cruise missile strikes at selected targets. U.S warships remain in the Mediterranean off Syria’s coast, and U.K. warplanes were gathering at an air base in Cyprus, according to Britain’sGuardian newspaper.

Carney said any operation would not attempt to depose Assad. He said that when Obama “has made a decision and has an announcement to make, he’ll make it.”

Syria challenged the Obama administration to prove its claim that military forces used chemical weapons in an attack that killed hundreds of civilians.

The state-run Syrian Arab News Agency accused Secretary of State John Kerry of using “fabricated” evidence to claim it is “undeniable” that Syria used chemical weapons against civilians Aug. 21. Syrian Foreign Minister Walid al-Moallem said his country would defend itself using “all means available” in case of a U.S. strike.

The United Nations said its team of chemical weapons experts in Syria delayed a second trip Tuesday to investigate the alleged poison gas attack near Damascus by one day for security reasons.

Russia demanded Western nations stop talk of attacks and take the matter to the United Nations, where Moscow has used its veto power on the Security Council to block action against Assad.

Russian Foreign Ministry spokesman Alexander Lukashevich said an attack without U.N. approval would cause “new suffering and catastrophic consequences for other countries of the Middle East and North Africa,” according to the Russian TV station RT.

Ken Pollack, a former Middle East adviser to the National Security Council in theClinton administration, said a military strike could have unforeseen results and bring a response from others, such as Syria backers Iran, Russia and the terrorist groupHezbollah based in Lebanon.

If the strike is limited, neither the Iranians, Hezbollah or the Syrian regime want a fight with the United States or Israel, he said.

“I think there’s a reasonable expectation this can be kept limited in terms of blowback,” he said.

Pollack and other analysts, such as former U.S. ambassador to the United NationsJohn Bolton, said any military action must be strong enough to deter Syria from using chemical weapons and help rebels end the Assad regime.

It would be dangerous if the U.S. goal is to only contain the Syrian conflict, Pollack said. “That’s how you get sucked into something without thinking about it,” he said. “It’s the incremental escalation to simply buy off criticism (that the USA is not engaged) that gets you into a lot of trouble.”

Sen. John McCain, R-Ariz., said he would support a plan to launch cruise missiles and follow up with a comprehensive strategy that better arms rebels, takes out the “command and control” capabilities of Assad and “shifts momentum in favor of those being massacred.”

“If it’s just going to be some token attacks with cruise missiles … it won’t be worth anything,” McCain said.

Top generals from the United States and European and Middle Eastern allies met in Jordan for discussions, according to Jordanian state media.

Iran and Syria threatened to target Israel if the Assad regime is attacked. Israel put its anti-missile batteries on alert and carried out army exercises near its northern border with Syria.

Israeli Prime Minister Benjamin met for the second time this week with his security Cabinet and said in a televised statement that Israel would “respond powerfully” if Syria or any nation tries to do it harm.

How many people died in last week’s attack is unknown. Doctors Without Borders, a humanitarian group based in France, said at least 350 people died in a region outside Damascus from what appeared to be poison gas. Rebel groups who have been trying to topple Assad for more than two years said more than 1,000 people died.

President Obama has offered only non-military aid and made promises to help supply rebels with small arms but the United States hasn’t intervened directly into the war.

Abdulbasit Sa-ad al-Dein, president of the Joint Staff of the Unified Forces in Aleppofor the Free Syrian Army, the main rebel fighting force, said the rebels could take advantage of an attack if the United States hits “regime locations and military points like ballistic missile launchers and air bases.”

Abou Anas, a military commander of Liwaaa al Sahaba, an Islamic brigade deployed south of Damascus, said FSA commanders will meet to discuss a ground operation in conjunction with possible airstrikes by the West.

“We will have a limited window of opportunity to secure strategic locations after the airstrike as regular Syrian troops will be severely weakened,” he said.