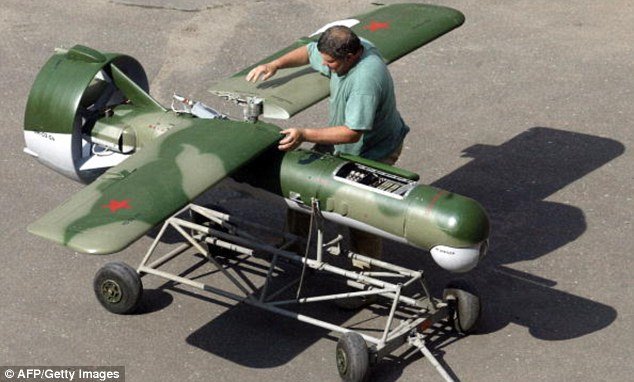 Turkey Shot Down a Russian Drone Around Aleppo

Turkey shot down a Russian drone on Friday in an incident highlighting the dangers of multiple air combat operations over Syria, where government troops and their allies backed by Russian jets have launched an offensive against rebels near Aleppo.

The army offensive south of the city, backed by Hezbollah and Iranian fighters, further expands its 10-day-old counter-attack in western Syria against insurgents battling to overthrow the psychopath Baschar al-Assad.

The army campaign has been coordinated with Russian jets, which began air strikes in support of psychopath Assad on Sept. 30, and Syria’s own air force.

A U.S.-led coalition of Western and Arab forces has been flying combat missions over Syria for more than a year, while Israeli jets have also struck targets in Syria during the four-year-old civil war.

That has left Syria’s airspace crowded with warplanes from rival, or even hostile powers, pursuing competing military strategies, heightening the risk of aerial confrontation.

Turkey’s military said its jets shot down an unidentified drone in Turkish air space near Syria on Friday.

A U.S. official said Washington believed Turkey shot down a Russian drone, but the Russian defense ministry said all of its planes in Syria had safely returned to base and that all its drones were operating “as planned”. Russia considers war losses to be state secrets.

The Turkish military said the aircraft it shot down had continued on its course despite three warnings, in line with Turkey’s rules of engagement. Broadcaster NTV said it had come 3 km (2 miles) into Turkish air space.

Turkey has already complained of Russian warplanes violating its air apace along the border with Syria earlier this month.

Turkey Shot Down a Russian Drone Around Aleppo