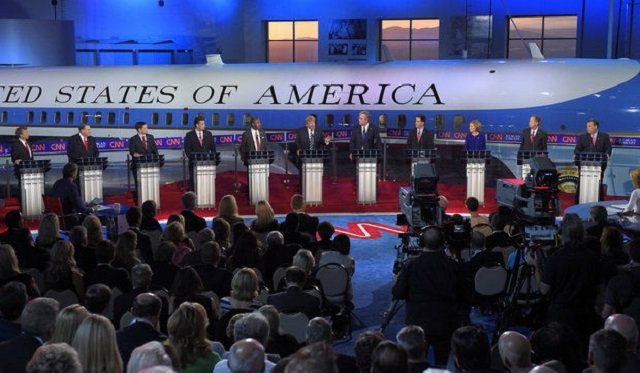 September 17, 2015 8:30 pm 0
Marie Colvin Last Report from Syria: “Why Is No One Stopping This Murder?”
Genocidal Maniacs Outrage by Assad and Hezbollah
Assad Accuses Obama of Being a Neo-Con

It is imperative, after the fiasco of 2008 and 2012, that Americans select their next commander-in-chief to have the common sense and the will to defeat our enemies abroad. The stronger US foreign policy abroad is, the stronger we are domestically. Obama proved the reverse is a calamity for our nation. Non-intervention is a disaster for America.

We believe there were three winners from yesterday’s CNN 2016 debate.

Ours second winner has proven to b the Teflon candidate in this crowded field. Every time his name get tossed aside, Rubio finds a way to be considered again as the top contenders for the job. His approach to foreign policy, as the son of immigrants, is the most sensible and the most logical. he knows who are America’s enemies and he si willing to stand-up to their bully and terror.

Watch and be amazed on how good is the Republican field in 2016 is.

Carly keeps getting better every time she enters a debate. Her passion against the harvesting of fetus brains has captured the emotional track of America. Her answer against Donald Trump with regard to her face will get conservative and independent women on her side as well as some democrats. She has proven to be worthy of our attention and worthy to hold a higher office. She needs to crack a smile once in a while though.

Listen to her passion and tell us you don’t agree.

Our first winner comes from the first debate. He is Senator Lindsey Graham. Listen to him make all the sense in the world with regard to foreign policy. Had Obama listened to Graham, we would not be facing ISIS/ISIl today, Europe would not be drowned under the weight of so many refugees, and Putin would not have invaded Ukraine.

Why Ben Carson is not one of our three winners? Because while he is a nice and intelligent guy, Carson is showing political fatigue in the face of more experienced politicians who command the language and the issues. Fiorina, amazingly, seems to grasp the issues just like a real politician does without the luggage that politicians carry.

These three winners will rise in the polls next. Already Carly Fiorina managed thousands of more Twitter followers.

Will Assad Cry Wolf if Syrians Start Defending Themselves?
Assad Accuses Obama of Being a Neo-Con
Russian Policy of Raping Muslim Women
Things That Matter 382