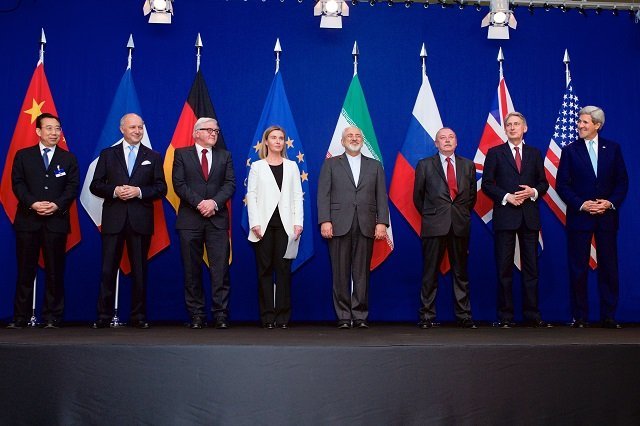 The coalition STOP THE BOMB criticizes the German Iran policy to be co-responsible for the Syrian refugee crisis and the instability of the region. The number of Syrian refugees has risen dramatically since the beginning of this year. Despite a ubiquitous media coverage of the refugee problem, the causes for the flight are largely ignored by politicians and media in Germany.

STOP THE BOMB spokesperson Ulrike Becker comments: “The regime in Tehran is the main supporter of Syrian President Bashar al Assad and his murderous policy against the majority of the population and is thus responsible for the Syrian refugee disaster. The enactment of the nuclear agreement with Iran will further deteriorate the situation in Syria. With billions of dollars that will be unfrozen, the regime will expand its intervention in Syria and in other countries in the region, which will lead to more terror and expulsion. The hope that the religious dictatorship will change its behavior with the nuclear deal is wishful thinking. This hope is as insubstantial as is the plan to fight the Islamic state with the help of the Islamic Republic. The offer to cooperate with the West has rather encouraged the Iranian regime to further threats and expansionism.”

On September 17, the official deadline for the US Congress to pass a resolution of approval or disapproval about the agreement on Iran’s nuclear program has passed. After the approval of the International Atomic Energy Agency there will be no more obstacles to the lifting of sanctions against the Iranian regime.

Since the Iran nuclear deal was announced in mid-July, Iranian religious leader Khamenei has repeatedly issued threats to the United States and announced the destruction of Israel. Executions in Iran continue at a new high. At the same time, more and more reports emerge about a massive expansion of Russian and Iranian intervention in Syria.

Ulrike Becker: “The Federal Government was a key player in the nuclear deal with Iran. The German government is also in the front row when it comes to supporting and initiating lucrative deals for German companies with the Iranian regime. The consequences of this policy do no longer only affect the region but reach Germany with the refugee crisis. There has to be a complete realignment of Middle East policy in order to stop the refugee catastrophe and to stabilize the region. The Federal government must take immediate action to stop Tehran’s destructive hegemonic drive in the region and to prevent that unfrozen funds end up in the hands of Assad and of Shiite terrorist groups in Syria and elsewhere.”

Is Bush Bringing Democracy to the Middle East? A Debate on U.S. Foreign Policy in Lebanon, Syria, Iraq, Egypt and More
Iran’s War on Drugs Shows How It Would ‘Help’ in Syria
Iran Beginning to Destabilize Saudi Arabia
Iranian Terror 594 Western Appeasement 483