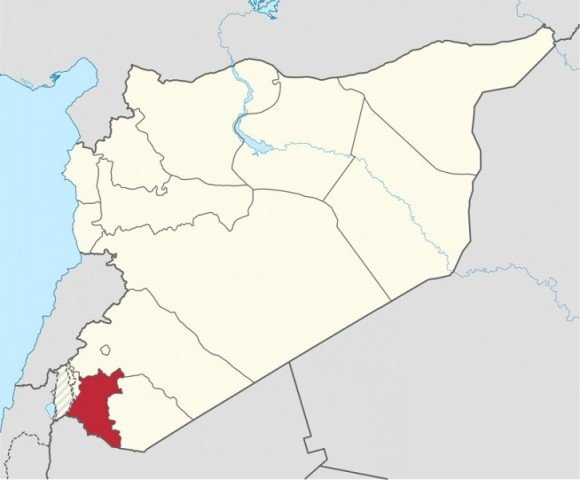 The Tragedy of Dara’a

No one really knows what is happening inside the city. It is shut tight by the authorities with both communications and electricity interrupted in order to hide their crimes. Borders with Jordan have also been sealed.

An eyewitness told al-Jazeera that 8 tanks reached the center around al-Omari Mosque and that he saw 8 bodies on one side of the Mosque litter the street. The regime, after seeing that the ghostly story of armed “infiltrators” not sticking, has switched to armed Salafis to excuse their atrocities in Dara’a. Using Salafis is intended to strike fear into the hearts of the minorities, which is an indicator Assad no longer enjoys their support and is trying desperately to keep his faltering government together. One of the first Videos to show the tanks entering the city yesterday.

Because the city started the Revolution, Assad wants to punish its people. This only demonstrates what kind of a man leads Syria today. One that is full of hate, revenge, and has the brain of a bird.

I predicted in one of my Blogs last year that Assad won’t last beyond the summer of 2011 and I still stand by that prediction.

In support of Dara’a, a high UN official has agreed to meet me to discuss Assad and Syria. Assad must be investigated for crimes against humanity. If the UN acquiesces, it will be a question of funding such an investigation if the UN does not have any stand-by discretionary funds for such an eventuality. The US has budgetary issues and the Arab dictators will not dare step up afraid of Iran and Assad. This leaves Europe to be the savior of our humanity.

What Assad Fears is What the US Avoids Like the Pest.. Go Figure
Stalin: Death is the Solution to all Problems
The Face, The Muscle, and the Brain
Assad Genocide 429 Syrian Revolution 1335