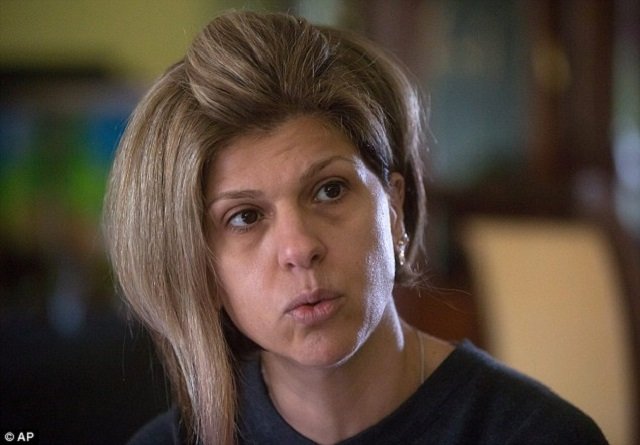 The pouring of empathy the world saw materialize on the Social Media when Aylan Kurdi, a 3-year toddler, was found dead on a Bodrum beach, was a normal conscientious reaction to the plight of the Syrian people. It resulted in changing the refugee policies of many EU countries knowing that their apathy towards Assad barrel bombing could not also be met with apathy towards their migratory plight.

Syrians and Syrian-Americans will be eternally thankful to Europe for the outpouring of its humanity and the humanity of its people.

Had Barack Obama acted earlier to establish a No-Fly Zone in Syria to protect the civilians from the terror of Assad, there would not be any Syrian refugees flooding Europe today. Now that they are, some nutcases are alarming the world that these Syrian refugees are out to change the face of Europe with their Islam. Some even advocate for Assad indirectly by claiming:

“… and destroyed regimes which, even though they were not democratic utopias, at least provided governance and public order.”

Assad’s barrel bombs are not to blame according to these Muslim authors. Had the world just let Assad tyrannize his people, we would not have had the Syrian refugees problem is their argument. Gee wiz, where do Syrians sign for such nonsense?

These authors do not realize there is no turning back. They have little understanding of how powerful the Social Media is. As much as we appreciate el-Sisi fighting terror in Egypt, he won’t last more than 2 to 3 years top. The people want their freedom, not more tyranny.

It is our job to make sure their freedom means ours too. Quitting on them is quitting on our own beliefs. We fight the Islamists one man at a time, one vote at a time, and one idea at a time. Attacking all of Islam collectively is lazy and dangerous.

There is a campaign of hate taking shape against the Syrian refugees for their Muslim beliefs. To any Muslim, especially the liberal and moderate ones, the hate is just too much. No one selects his religion and for people to prosecute all the Syrian refugees just because they are Muslims reminds us of Jewish persecution during the rise of the Third Reich in 1933.

Are there bad apples among those Syrian refugees? Of course, there are. But aggregating all the Syrian refugees, who have suffered world silence when Assad barrel bombed them, under one category, is unconscionable. These nutcase authors wants us to believe that as the refugees make their way towards Europe, they are conspiring to force Islam upon Europe when all they want is safety and peace.

Can you see the family of Aylan Kurdi impose Islam on Canada?

These authors who hardly mentioned the Assad atrocities against his own people, today, they are campaigning indirectly for Assad. Syrian Refugees caught between death, ethnic cleansing, and hate can only turn to the left for support. Dumb, dumb, dumb.

What are the Syrian refugees supposed to do? Just accept death under Assad’s barrel bombs for these far-right nutcases? Maybe someone can explain to us how one million Syrian refugees can conquer a continent with 742.5 million Christians (2013 census).

Where were these nutcases when there was a systematic effort by the Assad regime to propel refugees towards Europe as part of a campaign by the Iranian Mullahs to ethnically cleanse Syria of all Sunni Muslims?

The Syrian refugees caught between death, ethnic cleansing, and hate need our sympathy and help. They need to be re-educated about the benefits of self-reliance, civil duties, separation of Mosque and State, and encouragement to live industriously.

Telling them they should have lived under their tormentor smacks of utter stupidity. This is not how we reform Islam.