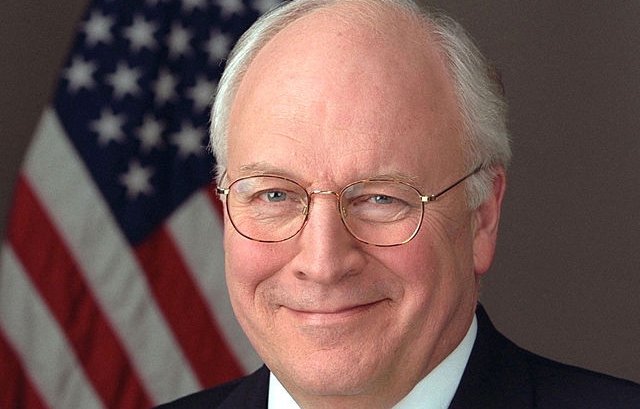 September 7, 2015 7:27 am 0
Even Democrats are Critical of Obama
Could American Power Sink Any Lower?
The Mullahs Thank Mr Obama

“Today there is a crisis of major proportions in Syria,” Cheney told host Chris Wallace on “Fox News Sunday.”

“They’re all heading for Europe and it is a terrible tragedy,” he said.

“I think that what’s happened is that he has created a huge vacuum,” Cheney added of Obama’s actions in the Middle East.  “I think when the U.S. played a major role in the region, it would have been much easier to manage this situation.”

Europe is currently wrestling with a deluge of refugees from Syria overwhelming its borders and resources.

Cheney argued on Sunday that Obama helped spark the humanitarian crisis by not taking a stronger role in Syria’s civil war.

“He has always dealt from a position of weakness,” he said of Obama.

“He never had a military option on the table,” Cheney said of the president’s rhetoric towards Syrian President Bashar al-Assad.

“He’s talked about it repeatedly, but no one has ever believed him,” Cheney added.

Assad’s regime has struggled to keep power since first clashing with rebels in Syria in 2011.

The resulting civil war has forced millions of Syrians to seek safer refuge overseas, taxing nations unprepared for their presence.

Further complicating the issue is the rise of the Islamic State in Iraq and Syria (ISIS) within Syria’s borders, which Obama ignored for too long before he took the appropriate measures.

The terrorist group’s quest for a global caliphate has raised concerns that the tide of Syrian refugees may also increase the risk of extremist violence.

As Iran Toys with Obama, Assad Spreads His Terror
One Nobel Peace Laureate Makes Another One Look Trivial
Let’s Give Them Elections and Get the Hell Out
Slippery Barack Obama 976