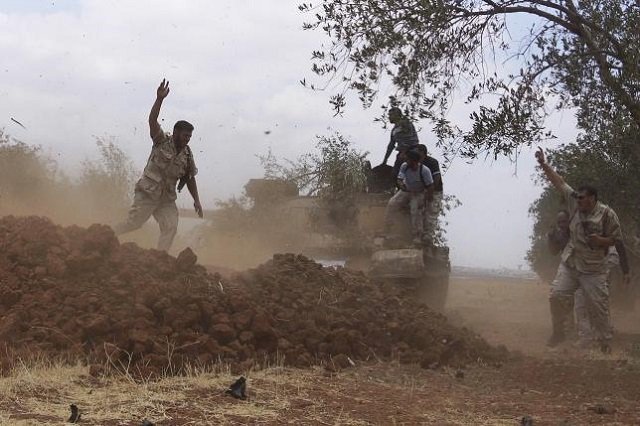 Syrian moderates escalated the war on Friday in the southern front by intensified shelling of a major army and security area in central Deraa in a new bid to capture government-held parts of the strategic city along the border with Jordan.

Last month, the Southern Front group of Syrian moderate rebels attacked to drive remaining government forces from the city but the assault was beaten back by well entrenched government forces drawing on air power the insurgents have lacked the means to confront throughout the four-year-long war.

Like Aleppo, Daraa city is already partially under rebel control and largely surrounded by insurgent-held countryside.

Southern Front group’s spokesman Isaam al-Rayyes said the latest offensive targeted a security zone in the center of the city, which the Syrian army had turned into a fortified base.

The western-backed Southern Front of Syrian moderates, widely seen as the main rebel force in the south, also hit the Panorma gardens and a large stadium next to it both used as military barracks.

A main government compound in the city also caught fire from rebel shelling.

For Syria’s Assad, Daraa is more strategically important than other areas lost recently. Were the well-organized Southern Front groups to take the city, it would hasten their advance towards Damascus, just 100 km (60 miles) to the north.

The more Assad kills civilians, the stronger ISIS gets.