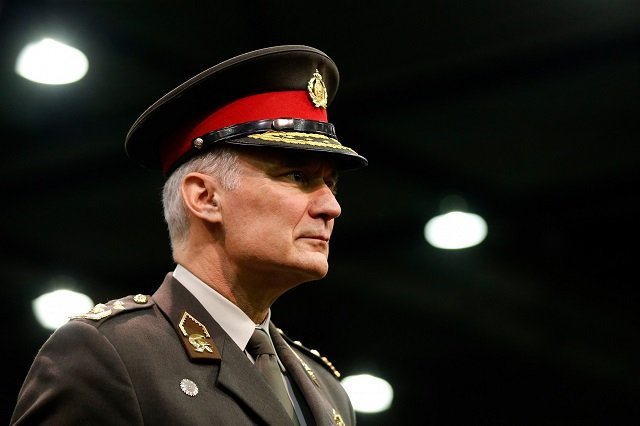 We Are All United Against IS

July 24, 2015 11:15 am 0
Yesterday’s Kill Ratio: 63 Assad Forces and IS to 28 Rebel Forces
US Intelligence Analysts Revolt over Rosy IS Assessments
US Air Force Destroys IS Fuel Tankers

The Dutch army chief wants his Air Force to attack IS in Syria as it is attacking the extremist organization in Iraq. In an interview with NRC, Dutch army chief made it clear where he stands:

There is ‘little chance’ of a solution to the fight against Islamic militant group IS unless the organisation is also tackled in Syria. Therefore it would be logical for Dutch F-16 fighter jets to attack targets in Syria as well as Iraq.

Turkey, the last few days, has begun striking IS positions inside Syria to create an IS safe zone after IS terrorists killed one of its soldiers inside Turkish territories.

Add to the above facts the US-led coalition bombing ISIS since September of 2014 and a worldwide public that is generally understanding of IS danger, and it seems we are all united against IS.

The problem, as we have mentioned before, is that IS is drawing its strength from a large Sunni population, which believes the world has sided with the Shiite Assad terror against Sunnis. Why would Holland refuse to strike Assad who is killing innocent Sunni civilians, yet rush to kill Sunni terrorists is the question many Arab Sunnis are asking as the world demonstrates we are all united against IS?

Most Sunnis do not understand the danger Sunni terror poses to Europe, which is driving today’s policies towards IS. However, not much has been done either to change that perception, not even a No-Fly Zone to protect civilians, which Saudi Arabia and other Gulf countries were more than willing to fund.

We are all united against IS but this unity is fragile as long as the West remains sidelined when it comes to the terror of Assad against hiw own people. For the U.S. and Europe to dully eliminate any recruiting advantages IS may have built over the last two years, and to earn the Sunni street understanding and support, the U.S. and Europe must find a way to stop or limit Assad’s barrel bombs and gassing of his own people.

Such policy is easy to elicit and commit to if the West sends an ultimatum to the Assad regime to stop bombing civilian neighborhoods and districts across Syria. Just the message will go a long way to curb IS ability to recruit and gain secret sympathizers across the Arab Sunni world.

One caveat, Obama should not deliver this message because Obama has zero credibility among the Sunni Arabs.

At Terror-Free Syria, we believe, like the Israelis do, that the Middle East should be a terror-free zone. We cannot afford, because of the regions’s history, fragility, and propensity for violence but to eradicate all terror. Whether it is Assad’s, Iran’s, ISIL’s, AQ’s, Hamas’, Hezbollah’s, or a myriad of some 80 different violent groups and well-armed militias.

We are all united against IS, but the unity is a half-baked cake if we do not unite as well to uproot iran-sponorship of terror in this volatile region.

We Are All United Against IS