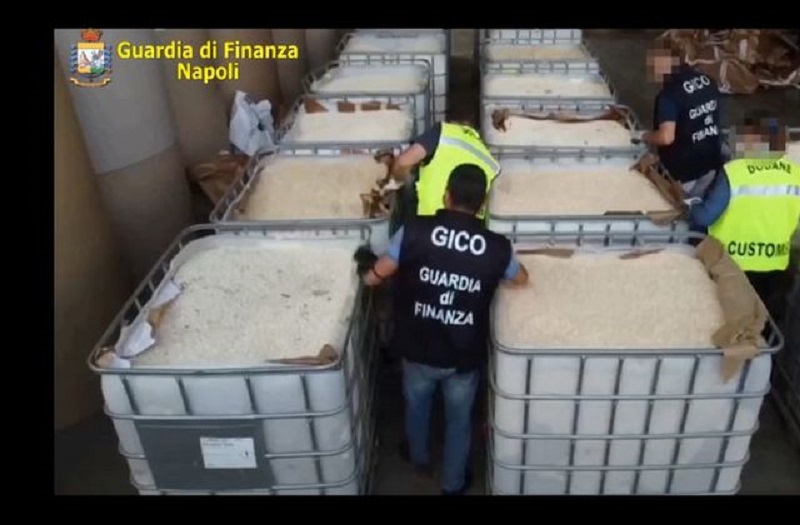 Syria is Columbia and Assad is Pablo Escobar

July 2, 2020 3:27 am 0
Assad Chemical Program is Alive and Well
Tulsi Gabbard Supports Chemical Warfare Against Syrian Civilians
While the West Battles a Pandemic the Nefarious Conspire

Italian police said on Wednesday they had seized about 14 tonnes of amphetamine pills worth around €1 billion arriving from Syria, in what they described as the world’s single largest operation of its kind. Decidedly, Syria is Columbia and Assad is Pablo Escobar.

The amount involved requires the involvement of the Syrian authorities at the highest levels. To include Asma al-Assad who has set her sights on controlling the Syrian economy. Mainly, by pushing Rami Makhlouf out and taking control of stater assets and clandestine operations.

Investigators said they impounded three container ships that had docked in the southern Italian port of Salerno. Inside the ships, they found 84 million pills of the drug Captagon hidden inside machinery and large paper cylinders.

It is possible that the local Camorra crime groups are involved in this business.

Which means Chemical Assad is now part and parcel of organized crime on a global scale. Killing civilians did not pay much.

This is not the first shipment Assad smuggles into Europe for distribution in war zones across the globe. In December of 2014, Greece seized $100 million worth of Captagon also originating from Syria. In July of 2019, Greece seized again a shipment worth €500 million, which Assad was trying to smuggle to Libya.

Most likely the Greek and the Italian Authorities were tipped off by U.S. intelligence sources trying to block Assad from funding his war.

Assad reminds the world of Manuel Noriega whose end was in a U.S. prison. Add the DEA to the list of Federal Agencies setting their sights on Syria.

Captagon is one of several brand names for fenethylline hydrochloride, a drug compound belonging to a family of amphetamines that can inhibit fear and ward off tiredness.

Captagon is popular in the Middle East. Its widespread in war-torn areas such as Syria, where conflict has fueled high demand. It’s a war drug that turns soldiers into robots.

Syria is Columbia and Assad is Pablo Escobar

Obama Memoirs Title Should be “Life is a Party”
Will Trump let Assad get away with using chemical weapons in Syria?
Falafel Interviews OPCW Arias
Chemical Assad 109 Syria News 1213