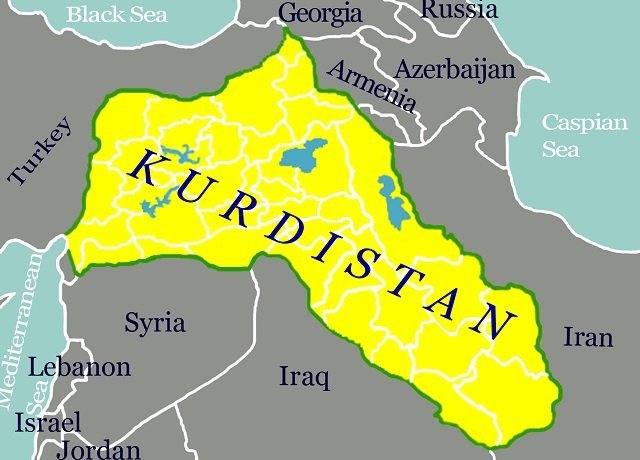 Struggling With the Syrian Kurdish Aspirations

As the brave Kurds in northern Syria struggle to defeat Daesh (ISIS), the enemy of all civilizations, with no help from some of our allies, there is another struggle taking shape among Arab liberal Syrians.

When it comes to the Syrian Kurdish aspirations for an independent nation of Kurdistan, most Syrians follow one or another position on this subject. Either they oppose vehemently, like the Assad regime and the Islamists, or they support completely, like some Arab apolitical liberal Syrians who own no property or have no economic interests in the Kurdish regions.

Then there is another smaller segment of Syrian liberals, politically-inclined, who struggle with this question. They struggle because they see both sides of the coin and as far as they are concerned, the Syrian Kurdish aspirations will always be a coin flip.

One one side, a considerable segment of your own people desire change that fulfills their cultural and historical needs. The Kurds are not Arabs. Their culture, language, and customs give them a unique identity but without the lands and the borders to defend their identity. Who are we to deny other people their aspirations?

On the other hand, not withstanding national interests, splitting the rich north from Syria is tantamount to breaking Syria apart. It will sink Syria into a deep economic and political hole it will be hard to climb back from. No Syrian politician is willing to take that risk openly and publicly.

As some liberal Syrians struggle with the Syrian Kurdish aspirations, we keep silent about the subject because we are really coin flippers. We are fence sitters. We are intellectual oscillators. Do we turn to our nationalistic instincts by demanding that Syria stays intact or do we support the Syrian Kurdish aspirations because they are Syrians after all?

The struggle continues because liberal Syrians have no clear answers. Maybe, if any of those liberal Syrians rises to power, he/she may decide that Syria may be better off with its Kurdish population independent. Maybe better relations with a future Kurdistan will create better conditions for Syria than the struggle to contain Kurdistan.

We will never know until the Syrian Kurdish aspirations unfold.

In the meanwhile, our silence on the subject serves to inform about our internal struggle. Who said Muslim liberalism is painless?

Struggling With the Syrian Kurdish Aspirations