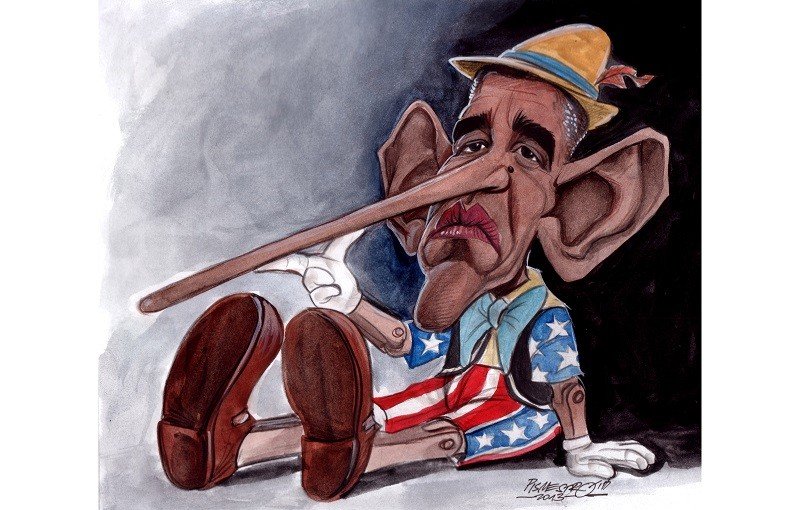 To some, Barack Obama will be known as the weakest president ever. for us, he is the Pinocchio President of our lifetime. No one lies and deceives like Barack Obama does. The man is a serial liar.

His latest lie was his attempt at masking his strategic absence with regard to defeating ISIS by calling his actions ‘strategic patience’. Absent a strategy, one asks for patience in the hope everyone eventually forgets there is no strategy.

The White House’s new national security policy, issued Friday, urges a long-term view of confronting conflict in a world awash with urgent crises. It served as more of a defense of President Barack Obama’s response to threats rather than offering a new direction, and bolsters his belief that acting deliberatively now could stave off worse threats later.

This whole notion of ‘strategic patience’ is to excuse Obama’s ‘strategic absence’. We are not experts on the histories of past U.S. President, but have you ever known about another U.S. President who embraces doctrines to hide his own weaknesses and shortcomings?

Obama still has no clue how to defeat ISIS except to order bombing sorties once in a while.

When Obama had a strategy, he threatened Assad with a Red Line, and we all know what happened to that strategy. Strategic patience is another way of saying strategic absence.

So why does this president avoid strategies? Because he thinks they are traps to force him to go down a road he wishes to avoid. Obama thinks everyone wants to push him to go to war when reality is there are smart men and women working for this government who want to maintain America’s exceptional advantages in every field through peaceful means.

We have elected a paranoia president who thinks strategies lead to wars. To avoid these perceived paranoiac traps, our president chooses not to have any strategies at all.