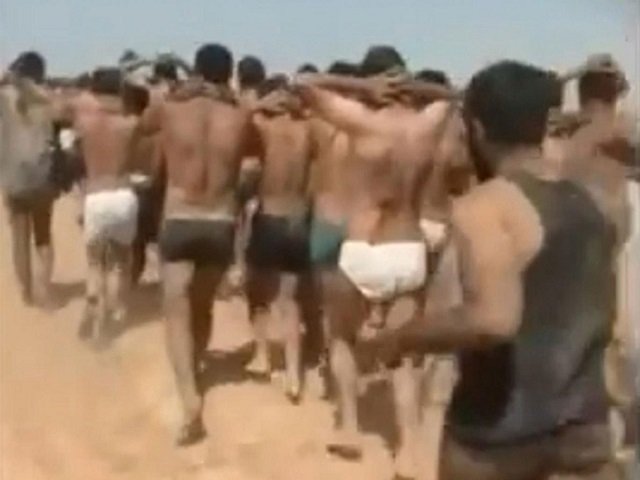 July 27, 2013 5:51 am 0
The Significance of the Battle for Aleppo
Growing Unease Over Turkish Jihadists in Syria
A Note from an Australian Surgeon

Islamist extremists in Syria’s insurgency killed 150 soldiers in a battle for control of an Aleppo suburb this week, including 51 who were executed after they had surrendered, according to a Syrian monitoring group that has been chronicling casualties and evidence of atrocities.

The group, the Britain-based Syrian Observatory for Human Rights, which sympathizes with the opposition and reports daily tallies of combat and violence from a network of contacts on the ground in Syria, corroborated its assertion on Friday with a video posted on the Internet.

The video, dated Wednesday, showed what appeared to be an execution ground, with dozens of lifeless bodies clumped against a wall pockmarked with bullet holes. The video’s authenticity could not be independently confirmed, but Rami Abdulrahman, the Syrian Observatory founder, quoted witnesses as saying 51 soldiers taken prisoner were later shot. Among the total who had surrendered, he said, “very few were taken hostage.”

Mr. Abdulrahman said the killers were members of the Nusra Front and Ansar al-Khalafa al-Islamiya Brigade, among the many jihadist groups, some affiliated with Al Qaeda and populated with foreign fighters, that have entered Syria to join the insurgency battling the forces of President Bashar al-Assad in the conflict, now in its third year.

If his assertions are confirmed, the killings would rank among the worst mass executions carried out by the rebel side and could aggravate the image problems for the coalition of insurgent forces, which are already riven by internal conflict and have been losing territory to Mr. Assad’s side in recent weeks.

The killings took place in Khan al-Assal, the town near Aleppo that both Mr. Assad and the political opposition claim was the site of a deadly chemical weapons attack on March 19. Each side has accused the other of responsibility, but there has been no independent inquiry and no confirmation that such weapons were used.

A United Nations delegation visited Damascus this week to negotiate terms for investigating the Khan al-Assal site and other locations where the opposition claims Mr. Assad’s forces used chemical munitions. The outcome of the visit has not been disclosed.

At the United Nations on Friday, a delegation of Syrian opposition leaders met informally with Security Council members for the first time, to press their contention that Mr. Assad has no interest in negotiating a peace deal as long as he believes he is winning on the battlefield. Delegation members told reporters that they had asked Russia, the Syrian government’s most powerful foreign backer, to stop supplying weapons to Mr. Assad.

The delegation, led by the coalition’s newly elected president, Ahmed al-Jarba, met the day before with Secretary of State John Kerry during his visit to the United Nations and beseeched him to expedite American military aid to opposition fighters.

Mr. Jarba has publicly rejected any alliance with the jihadists who have joined the insurgency and has repeatedly stressed what he has called the coalition’s commitment to a pluralistic democracy in Syria should the opposition prevail.

But his delegation’s visit with the Security Council on Friday did not appear to move Syria’s antagonists closer to agreeing to peace talks in Geneva, as envisioned under diplomatic efforts by Russia and the United States. Both countries had hoped to convene such talks in June, but they have been postponed indefinitely.

“Clearly there are some obstacles to be overcome” to convene the talks, Russia’s ambassador to the United Nations, Vitaly I. Churkin, told reporters after the meeting. Still, he added, “the alternative would be so horrifying, so it’s better to keep trying.”