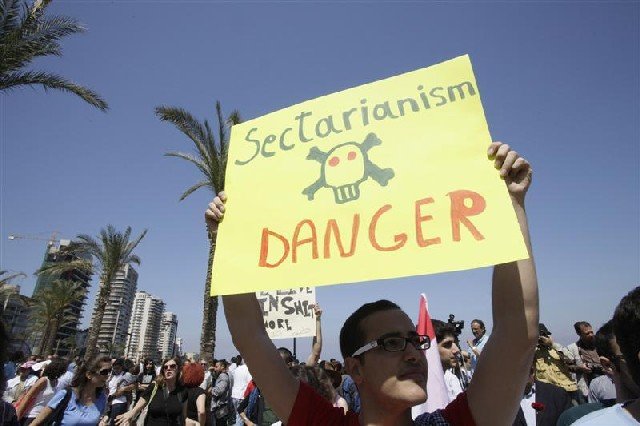 February 2, 2015 5:27 am 0
Assad of Syria is behind the Orlando Massacre
How the UN Let Assad Edit the Truth of Syria’s War
Arab and Muslim role models

The deep wound of sectarianism feeding wars that Assad had to open to save his rule is not about to be cauterized by more lies and more threats we are in the habit of hearing the Assad regime declare. The whole regime sleeps on nail mattresses and any nail could launch itself during the night to cause another deep wound.

Such nail did launch yesterday in the form of a sectarian suicide bomb attack against Shiite pilgrims. The act of terror killed at least six Lebanese Shiite that we know of and injured many on a bus the Jabhat al-Nusra targeted in retaliation for Hezbollah’s murderous excesses in Syria killing civilians indiscriminately.

Because of Assad, Jabhat al-Nusra, ISIS, and Khamenei, one must ask the question is sectarianism feeding wars in the Middle East?

According to Nusra’s statement, the attack was in response to Hezbollah launching attacks on the “Sunna people in Syria and Lebanon.”

My guess is that Assad is looking for another new US outlet to interview him after his last interview by Foreign Policy, which Jonathan Tepperman wrote about in an Op-Ed in the Washington Post. Any takers? I suspect he wants to announce that sectarianism is over thanks to Hezbollah and IRGC killing all those Sunnis opposing him.

As I warned over and over again, Syrians specifically and Arabs generally will not rest until the criminals of Hezbollah, Shabeeha, and IRGC who butchered tens of thousands of Syrians marching peacefully in 2011 and 2012 are brought to justice. Only then can we defeat ISIS, Jabhat al-Nusra, and Islamic terror in Syria.

Our condolences go out to the families of the Lebanese Shiite killed in this cowardly act of terror. If these people were innocent pilgrims targeted for their religious beliefs, then all Muslims should stand by them against terror.

Syrians, on the other hand, hope all the Shia in Lebanon stand by them when their innocent are butchered by Hezbollah and the Assad regime.

Together, we must put a stop to Islamic terror and sectarianism be it by Jabhat al-Nusra, Assad, or Hezbollah.