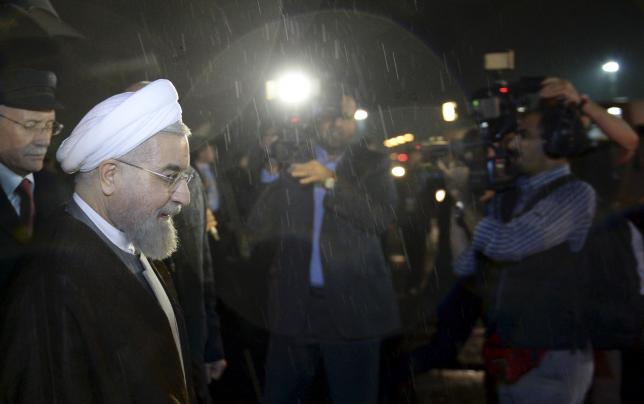 Russia called on Thursday for a U.N. weapons embargo on Iran to be lifted as soon as possible, saying it would help Tehran contribute to the fight against terrorism.

Putin’s call came a day after the U.S. State Department expressed concerns over Iran’s future use of released funds that would spread terror in the region. Relief from an arms embargo would provide Iran with the means to accelerate its expansion in the region.

In effect, Russia assisting Iran ambitions will only bring more chaos in Syria, in Yemen, and elsewhere where Iranian proxies have been actively seeking to destabilize the region.

The arms embargo is among stumbling blocks at talks in Vienna between Iran and six major powers, including Russia, on curbing Tehran’s nuclear program in exchange for relief from economic sanctions.

“We are calling for lifting the embargo as soon as possible and we will support the choices that Iran’s negotiators make,” Russian Foreign Minister Sergei Lavrov said during a summit of the BRICS emerging economies in the Russian city of Ufa.

“Iran is a consistent supporter of the struggle against ISIS and lifting the arms embargo would help Iran to advance its efficiency in fighting terrorism,” he told reporters. Lavrov forgot to mention Iranian expansionism into four Arab countries since Obama came to power with great loss of life.

Lavrov said a deal was “within reach,” and that he was ready to return to Vienna when required, but the quality of the agreement was more important than the timing.

In Vienna, a senior Western diplomat said there was nothing new in the Russian position on the weapons embargo.

“That said, we are working collectively on a way forward on this difficult issue,” the senior Western official said.

The deadline for the deal has been extended until Friday, but Russian Deputy Foreign Minister Sergei Ryabkov said the talks had reached their most difficult phase.

“These talks are like alpinists claiming a peak: 95 percent of the way has been completed but there are still several steps, the last few meters (are) the most difficult,” Ryabkov said.